No unilateral US pullout from Afghanistan: Pentagon chief 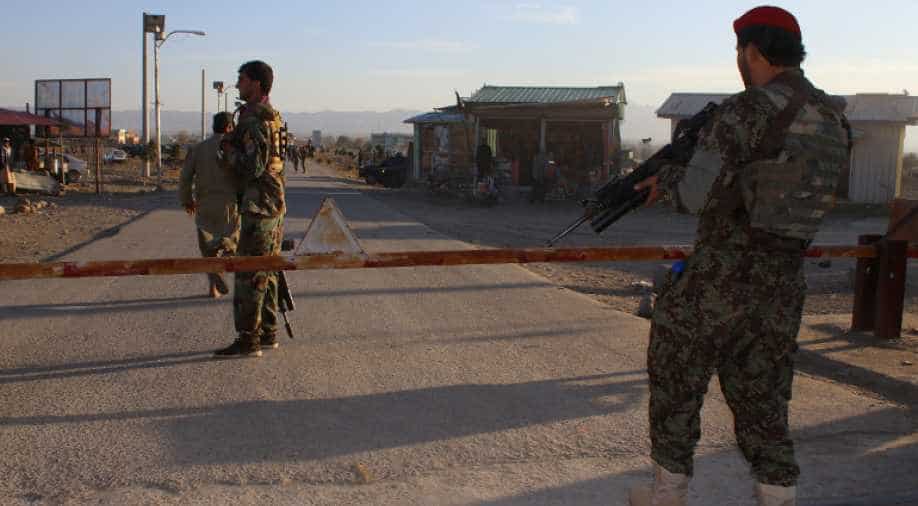 Acting defence secretary Patrick Shanahan said any decision to reduce the number of US troops in Afghanistan would be taken in coordination with NATO, which runs a training and support mission in the war-torn country.

Washington will not unilaterally withdraw from Afghanistan, the Pentagon chief said Thursday, as NATO said the Kabul government must be brought into US peace talks with the Taliban to end the country's 17-year war.

Acting defence secretary Patrick Shanahan said any decision to reduce the number of US troops in Afghanistan would be taken in coordination with NATO, which runs a training and support mission in the war-torn country.

The United States is leading a push for peace talks with the Taliban, seeking a breakthrough in the grinding conflict, with the Islamists announcing Wednesday a fresh round of meetings in Islamabad.

But NATO Secretary General Jens Stoltenberg warned against any more delay in involving the Afghan government of President Ashraf Ghani in the process, saying that without it lasting peace would not be possible.

US President Donald Trump wants to end US involvement in Afghanistan, where 14,000 American troops are still deployed -- raising Afghan fears that Washington could exit before securing a durable peace deal.

But, after talks with fellow NATO defence ministers in Brussels, Shanahan said Washington would not act alone.

"There will be no unilateral troop reduction. That was one of the messages in the meeting today. It will be coordinated. We work together," he said after the meeting, which came after a tour of Kabul and Baghdad for Shanahan.

"I feel as though we're creating the diplomatic leverage Ambassador Khalizad needs. We really need to talk about the possibility for peace. This may be our moment."

Zalmay Khalilzad is the US special envoy leading talks with the Taliban and he has expressed hope of finding a deal before Afghan presidential elections scheduled for July.

Washington held talks with Taliban officials in Qatar last month as part of efforts to convince the militants -- ousted from power in Afghanistan by a US-led invasion in 2001 -- to negotiate with Ghani's government.

Shanahan's commitment was welcome news to Germany, which has been a frequent target for US criticism since Trump came to power, particularly over its defence spending.

German Defence Minister Ursula von der Leyen said it was important that "there will be no unilateral decisions by the Americans, but that every step, every strategic step in Afghanistan will be discussed within the circle of NATO defence ministers."

Ghani himself has vented frustration at talks going on without him about the future of Afghanistan and warned against rushing into a deal.

"It is very important that the Afghan government as soon as possible becomes fully integrated in the peace process," Stoltenberg said.

"Without that, there will be no lasting peace and no strong institutions to make sure any peace agreement is fully enforced."

The militants last week held separate talks in Moscow with a senior delegation of Afghan politicians -- including some of Ghani's leading rivals.