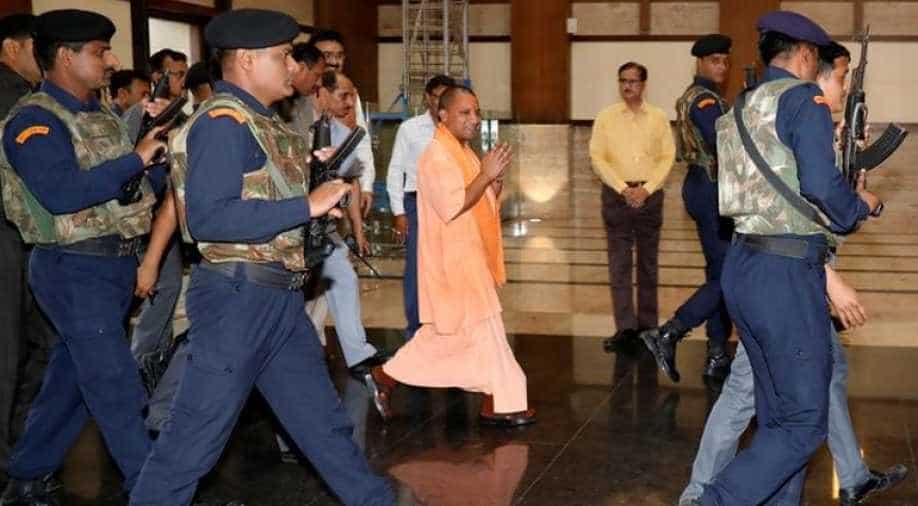 The Uttar Pradesh government informed the Allahabad High Court Thursday that it has refused to sanction the prosecution of Chief Minister Yogi Adityanath in a decade-old communal riots case.

Acting on the petitioner's submissions that Yogi Adityanath had himself admitted to making incendiary speeches in an interview, the high court asked the government to explain why the recording of the said interview should not be summoned.

Chief Secretary Rahul Bhatnagar filed an affidavit before the court stating that sanction has been "refused" for prosecuting Adityanath in the case related to the 2007 Gorakhpur riots when he was the local MP.

In an affidavit to the court, the chief secretary stated that the Crime Branch-Crime Investigation Department which has been investigating the riots, has proposed to submit its closure report in the case and will submit the report before the trial court.

The chief secretary had been asked by the court to appear in person by an order dated May 7 by a division bench comprising justices Ramesh Sinha and Umesh Chandra Srivastava.

Challenging the government's stand, the petitioner's counsel said the chief secretary was a subordinate of the accused and refusal to grant sanction would amount to an accused declining to prosecute himself. He said Yogi Adityanath had himself admitted to having made the incendiary speeches in an interview to a news channel.

"We challenged the state government's stand and submitted before the court that the chief secretary happens to be a subordinate of the chief minister, who is himself an accused. The refusal to grant sanction tantamount to an accused declining to prosecute himself, which has no parallel in the world," the petitioners' counsel SFA Naqvi told PTI.

"We also pointed out that Yogi Adityanath has himself, in an interview to a private news channel, which is available on YouTube, admitted to having made the incendiary speeches for which he has been named in the FIR lodged at Gorakhpur. We requested that the court summon the video recording to get a first-hand impression," Naqvi said.

"The court responded to our submission by asking the state government to file an affidavit on the next date of hearing explaining why a recording of the said interview not be summoned," he said.

"We also sought permission to file an application challenging the state government's order refusing to the grant sanction for prosecuting Yogi Adityanath. The court gave permission to do so by the next date of hearing on July 7," the counsel added.

The petition was filed by Parvez Parwaz, the complainant in the FIR lodged in connection with the riots at Cantt police station of Gorakhpur; and Asad Hayat, a witness in the case in which then city Mayor Anju Chaudhary and BJP MLA Radha Mohan Das Agrawal have also been named as accused.

The petitioners have moved the high court seeking an investigation into the case by an independent agency.