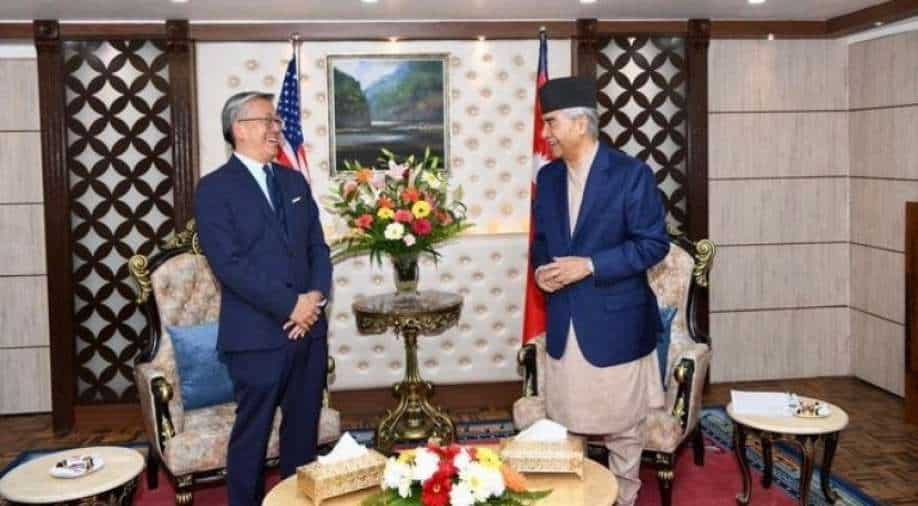 Donald Lu, who is on a two-day visit, reiterated the United States’ commitment to continuing its support and partnership with Nepal on COVID-19, climate change, and other mutual interests

Donald Lu, who is on a two-day visit, reiterated the United States’ commitment to continuing its support and partnership with Nepal on COVID-19, climate change, and other mutual interests.

Lu's visit comes as the US and Nepal mark 75 years of diplomatic relations.

The conversation also covered various areas of Nepal’s development priorities as well as the United States’ cooperation, including the MCC. Both sides expressed satisfaction on the overall state of Nepal-US relations.

The Prime Minister thanked the US Government for continued cooperation in the socio-economic development of Nepal. He expressed appreciation for the generous support of COVID-19 vaccines to Nepal.

To date, the US has provided an assistance of totals over $122 million beyond vaccine, according to US Ambassador to Nepal, Randy Berry.

Speaking on the recently concluded COP26, “Assistant Secretary of State Ambassador Lu conveyed the US Government’s planned support in the areas of adaptation and mitigation through climate finance and technology transfer,” said the Ministry of Foreign Affairs in a statement.

Prime Minister highlighted Nepal’s democratic credentials and the commitment to human rights and the rule of law.

PM Deuba also confirmed his participation in the forthcoming Summit for Democracy to be convened by the President of the United States.

President Biden will host the first of two Summits for Democracy on December 9-10, which will bring together leaders from government, civil society, and the private sector to set forth an affirmative agenda for democratic renewal and to tackle the greatest threats faced by democracies today through collective action.

Meanwhile, US Deputy Assistant Secretary of State for South and Central Asia Kelly Keiderling arrived in Nepal later on Thursday.

"Asst Secretary Lu and Deputy Assistant Secretary Keiderling reiterated the United States' commitment to continuing its support and partnership with Nepal in the areas of mutual interest like COVID-19, climate change, and others," US Ambassador Randy Berry said in a tweet.

Along with meeting government leaders, both US officials will also visit cultural heritage sites.