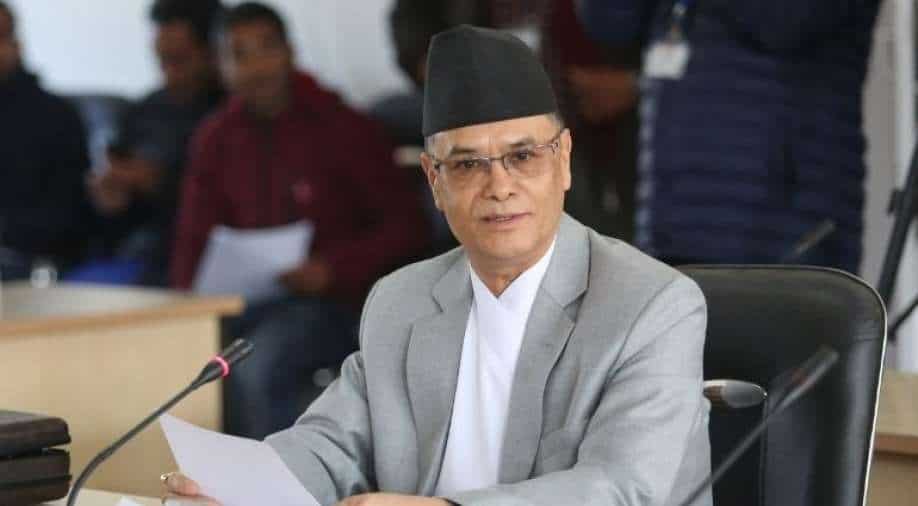 A fresh controversy surfaced in the legal fraternity after Rana expressed reluctance to implement a lottery system to allocate cases for hearing at the Supreme Court though he had agreed for the same in the past.

Nepal Chief Justice of Supreme Court, Cholendra Shamsher Rana is facing backlash within the judiciary after being accused of making deals with political parties, especially with Prime Minister Sher Bahadur Deuba for securing a ministerial berth for his brother in law, Gajendra Hamal.

Fifteen justices of the Supreme Court met Chief Justice Rana yesterday and asked him to quit in the face of the recent controversy surrounding him. Four former justices have also opposed and raised questions on Chief Justice Rana’s professional integrity.

Also read | US donates 100,620 doses of Pfizer vaccines to Nepal

Chief Justice Rana courted a serious controversy recently for making deals with PM Deuba to secure a ministerial berth for his brother in law. Following the public outcry, Hamal resigned soon after being appointed as minister.

Prime Minister Deuba expanded his cabinet on October 8 to the full extent and Hamal was one of the new induction in the cabinet.

A fresh controversy surfaced in the legal fraternity after Rana expressed reluctance to implement a lottery system to allocate cases for hearing at the Supreme Court though he had agreed for the same in the past.

Chief Justice Rana has refused to resign and said he would rather face an impeachment motion.

The chief justice can be removed from office only through an impeachment motion, which should be passed by a two-thirds majority of the House of the Representatives.

Breaking silence on the ongoing issues, Prime Minister Sher Bahadur Deuba on Wednesday said that the court itself needs to seek a solution to end the ongoing deadlock saying that he cannot make any comments on issues related to the Supreme Court.

He said the ongoing issues will be settled after discussions are held with the ruling alliance.

Later in the evening, CJ Rana started the hearing of cases fixed in his single bench and issued orders on five cases today.

Meanwhile, Nepal Bar Association has decided to boycott all hearings of the Supreme Court, unless Rana resigns.