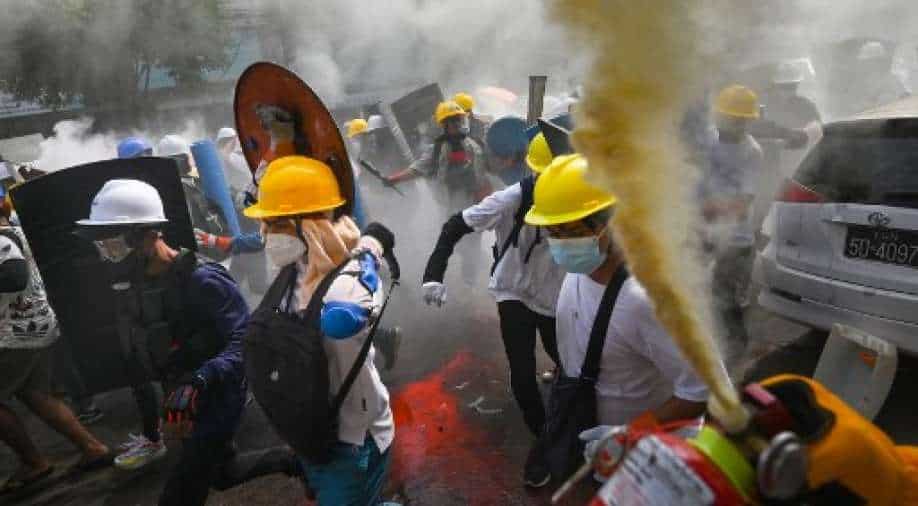 The military has imposed a state of emergency for a year in Myanmar after it detained Aung Saan Suu Kyi and other top leaders close to her.

Myanmar security forces opened fire at demonstrators in several places in Yangon and Mandalay on Wednesday to break up anti-military protests, reports said.

The protests have become increasingly violent in the past week in Myanmar with at least 21 people killed since the military coup on February 1.

The military has imposed a state of emergency for a year after it detained Aung Saan Suu Kyi and other top leaders close to her. Suu Kyi, 75, had appeared in court via video conferencing this week after two more criminal charges were filed against her.

The military had alleged that the elections last November were hit by voter fraud, an allegation dismissed by the country's election body including several countries including Germany and Italy who have urged the country's military to restore democracy.