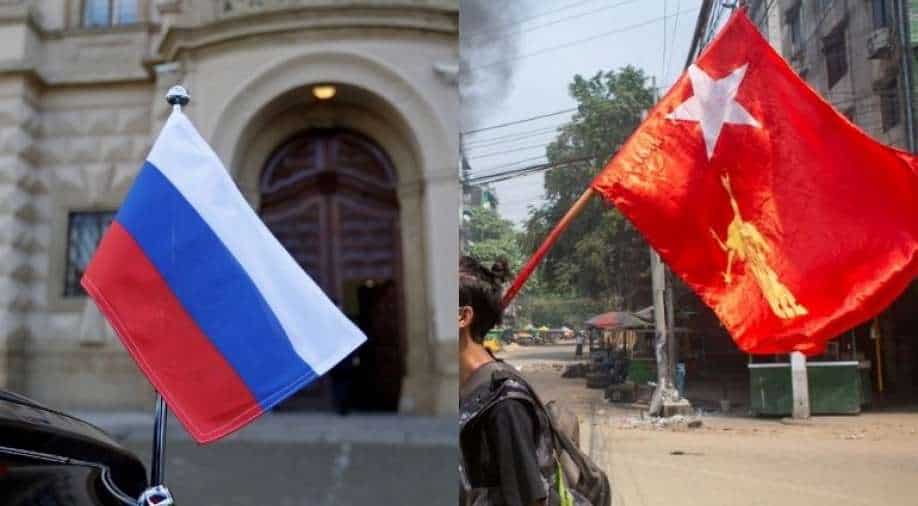 The friendship between Russia and Myanmar is becoming 'stronger and stronger', the junta leader said, according to his comments translated into Russian

Myanmar's junta chief on Tuesday thanked Russia, a major weapons supplier to the troubled Southeast Asian country, for strengthening the army which seized power in a coup earlier this year.

Myanmar has been in turmoil since the military overthrew civilian leader Aung San Suu Kyi and her National League for Democracy (NLD) government in February.

Russia has backed its ally and warned the West against sanctioning the junta.

"Thanks to Russia, our army has become one of the strongest in the region," Russian news agency TASS cited Min Aung Hlaing as telling Russian Defence Minister Sergei Shoigu during a meeting in Moscow.

The friendship between Russia and Myanmar is becoming "stronger and stronger", the junta leader said, according to his comments translated into Russian.

"Myanmar for us is a time-tested strategic partner and reliable ally," Shoigu said, adding that military cooperation is an "important component" of Russia-Myanmar relations.

"We are committed to continue making efforts to strengthen bilateral ties," the Russian defence minister said.

Min Aung Hlaing is in Moscow for a three-day international security conference which kicked off Tuesday and brings together defence officials from across the globe.

It is the junta chief's second known trip abroad since he seized power.

On Monday, he met with Russian Security Council chief Nikolai Patrushev, with the two agreeing to improve ties between their two countries.

Since February, the junta's brutal crackdown on dissent has left at least 870 civilians dead, according to a local monitoring group.

Although the Kremlin has said it was "concerned" by the civilian casualties, Moscow has sought to develop ties with the junta.