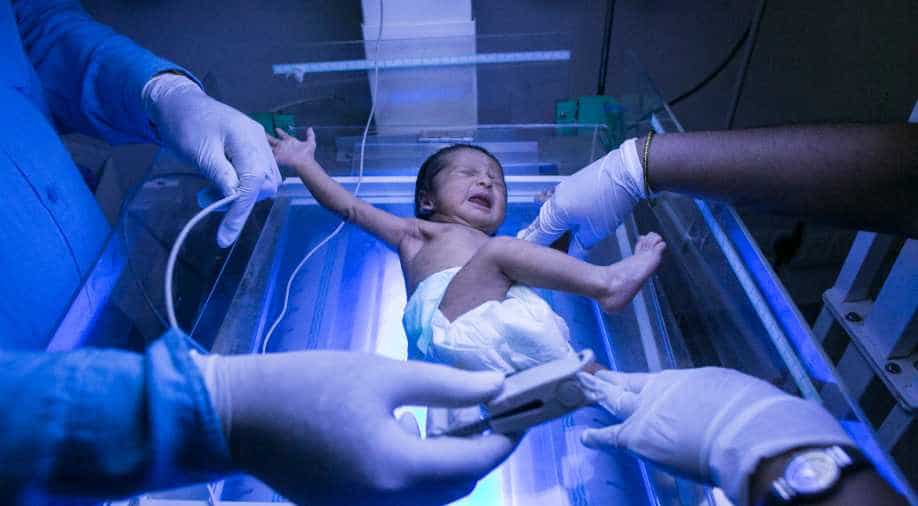 The infant's father, Jagadish Sharma had requested the hospital authorities to accept Rs. 500 currency notes as a deposit, but was turned away. (Representative image) Photograph:( Getty )

Days after the government's announcement of scrapping Rs.500 and Rs. 1,000 currency notes, people across the country are still facing a harrowing time withdrawing money and exchanging old currency notes.

While some have committed suicide fearing that the large sums of money in their possession were invalid, there have also been some cases of hospitals refusing to accept the discontinued currency and denying treatment to patients.

In a heart-breaking incident in Mumbai's Govandi area a couple lost their newborn child after being denied treatment at Jeevan Jyot Hospital and Nursing Home, Mumbai Mirror reported.

The infant's father, Jagadish Sharma had requested the hospital authorities to accept Rs. 500 currency notes as a deposit. Distraught by the hospital's apathy, the parents visited the Shivaji Nagar police station to lodge a complaint but was advised to submit a letter which would be forwarded to the Maharashtra Medical Council, the publication said.

After similar reports in Thane, the district collectorate issued a show-cause notice to a private hospital at Kalyan for not accepting the currency notes from patients. The hospital's refusal came to light after a patient, Ratilal Shah, reported the matter to the Collector office.

According to Shah, at the time of his discharge from the hospital, he tried to settle his medical bill using Rs. 500 and Rs. 1,000 notes. However, the staff at the payment counter squarely refused to accept the notes.