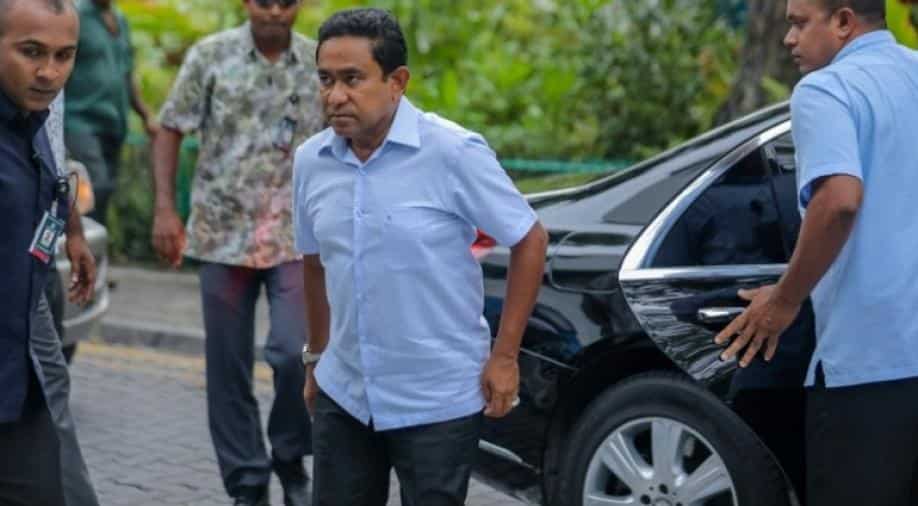 Maldivian diplomats said authorities in the Indian Ocean archipelago were in talks with foreign experts as part of a police investigation against the leader who lost power last September.

Maldivian diplomats said authorities in the Indian Ocean archipelago were in talks with foreign experts as part of a police investigation against the leader who lost power last September.

He said police investigations had found evidence linking Yameen and his justice minister Azima Shakoor to the theft of state funds and money laundering.

In December, courts in the tourist paradise froze some $6.5 million in accounts allegedly linked to Yameen who suffered a shock defeat to Mohamed Ibrahim Solih in elections in September.

Shakir said millions of dollars could be stashed abroad and talks were underway with foreign entities to repatriate any cash found. He did not name the countries involved.

"We are getting foreign financial forensic help. We are also getting the expertise of others in connection with several cases of disappearances of people during Yameen's regime," Shakir said.

An anti-establishment journalist Mohamed Rilwan vanished in August 2014 and is widely believed to have been abducted by figures linked to Yameen's government.

Yameen, who had been in power since 2013, jailing or forcing into exile many of his opponents, has also been accused of receiving close to $1.5 million in illicit payments during his failed bid for re-election.

The country's monetary authority lodged a police complaint over alleged donations made into a private account held by Yameen in the runup to the polls.

The former strongman president, who has been questioned but not detained, has denied the allegations.

Yameen remains politically active. But since his downfall, almost all key dissidents have returned to the country and been cleared of convictions against them.