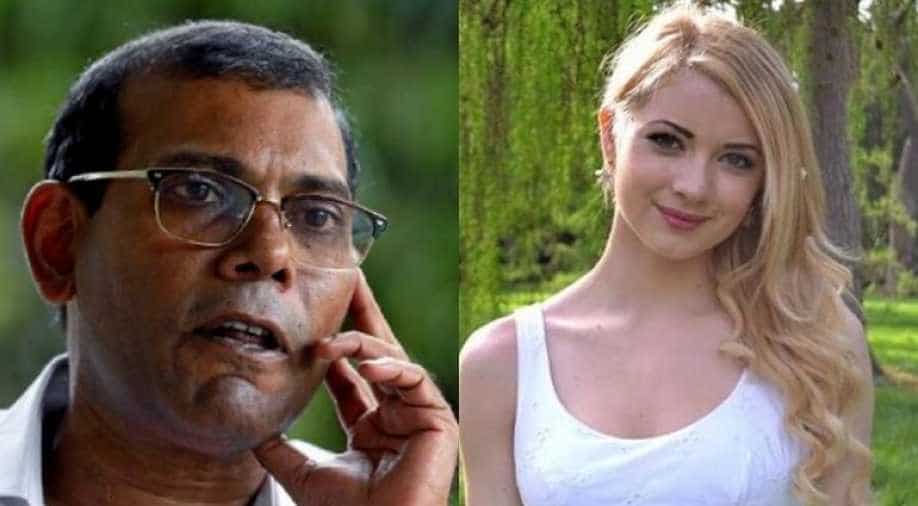 The speaker, Mohamed Nasheed, told parliament he was extending an apology to the woman over the incident, which saw her detained by police for two hours before they released her.

Maldives' Speaker Mohamed Nasheed in Parliament has apologised to the British reality TV star Cecilia Jastrzembska after footage of her arrest by several policemen for wearing a bikini triggered a social media storm.

The 26-year-old British woman who has appeared on TV shows “First Dates” and “Ninja Warrior UK” was arrested for wearing a bikini in the Maldives, accusing three male cops of “sexually assaulting” her, according to reports.

Police said the bikini-clad woman, who was walking on a main road, was "inappropriately" dressed and allegedly unruly and drunk.

She was detained after refusing to comply with requests to cover up on Thursday.

The chief of police in the Maldives apologised for the incident after footage emerged of the arrest showing three men grappling with Cecilia and trying to put her in handcuffs as she attempted to fight them off earlier this week.

Incident in Maafushi in which our officers restrained a female tourist seems to be badly handled. I apologise to the tourist & the public for this. The challenge I have taken up is to professionalise the police service & we are working on that. This matter is being investigated.

In the video, the woman was heard shouting "you're sexually assaulting me" during the incident.

The Speaker, Mohamed Nasheed, told parliament he was extending an apology to the woman over the incident, which saw her detained by police for two hours before they released her.

A police statement on Friday called on tourists to respect "cultural sensitivities and local regulations".

The video of the incident also sparked anger among Maldivians. Some took to social media to criticise the tourist's behaviour after other videos showed her grabbing the sunglasses of a police officer.

Former foreign minister Dunya Maumoon criticised both the tourist and the police.

"She should have respected the religious and cultural norms of the country in terms of modest attire in a residential area," Maumoon said on Twitter.

And I hope British tourists will learn to respect our religious and cultural norms too! @caron_rohsler!@guardian https://t.co/WJwn35qkRJ

"Condemn the man-handling by the Maldivian police. It could have been handled better and more professionally," he added.