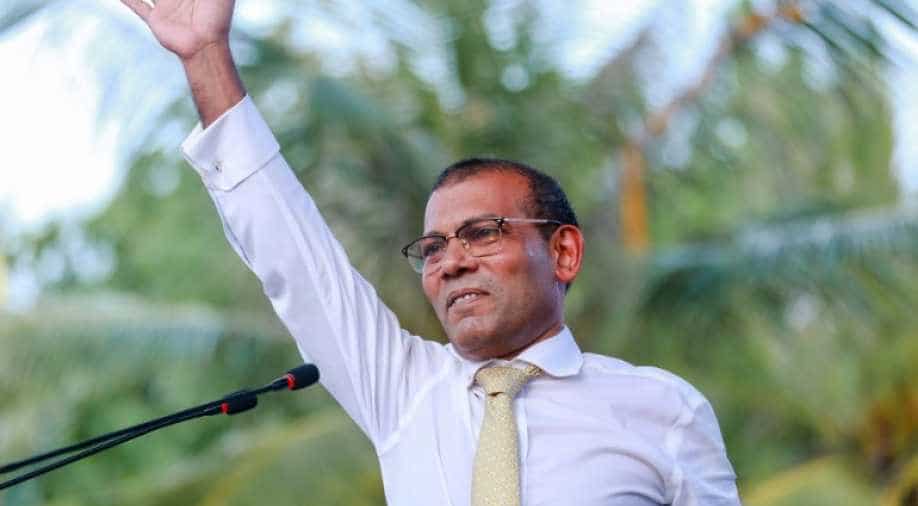 Nasheed, also the former President of Maldives, is on a visit to India at the joint invitation of Rajya Sabha Chairman M Venkaiah Naidu and Lok Sabha Speaker Om Birla.

Speaker of People's Majlis of the Maldives Mohamed Nasheed called on Prime Minister Narendra Modi here on Friday and reaffirmed his government's unwavering support to the 'India First' policy.

Nasheed, also the former President of Maldives, is on a visit to India at the joint invitation of Rajya Sabha Chairman M Venkaiah Naidu and Lok Sabha Speaker Om Birla.

"Speaker Nasheed reaffirmed his unwavering support to the 'India First' policy of the Government of Maldives and noted that the visit of the Parliamentary delegation will help further strengthen the fraternal bonds and friendly relations between the two countries," said an official statement.

The statement informed that welcoming Speaker Nasheed, Prime Minister noted that "engagement between the two Parliaments is a key component of the vibrant India-Maldives relationship and expressed confidence that this visit will help consolidate bridges of friendship between the two sides."

The Prime Minister recalled his last visit to the Male earlier this year when he also addressed the People's Majlis and lauded the continued strong leadership of Speaker Nasheed to the cause of deepening and strengthening democracy in the Maldives.

"The Prime Minister reaffirmed India's commitment to continue to work closely with the Government of the Maldives for a stable, prosperous and peaceful Maldives wherein the aspirations of the friendly Maldivian are fulfilled," said the statement.

On his part, Nasheed thanked the Prime Minister for his continued support for a stronger India-Maldives relationship since the formation of the new government in the Maldives last year.

He also thanked the Prime Minister for the "development cooperation initiatives undertaken in the Maldives for the welfare of the Maldivian people."

The meeting comes at a time when the Foreign Minister of Maldives, Abdulla Shahid is on a visit to India.