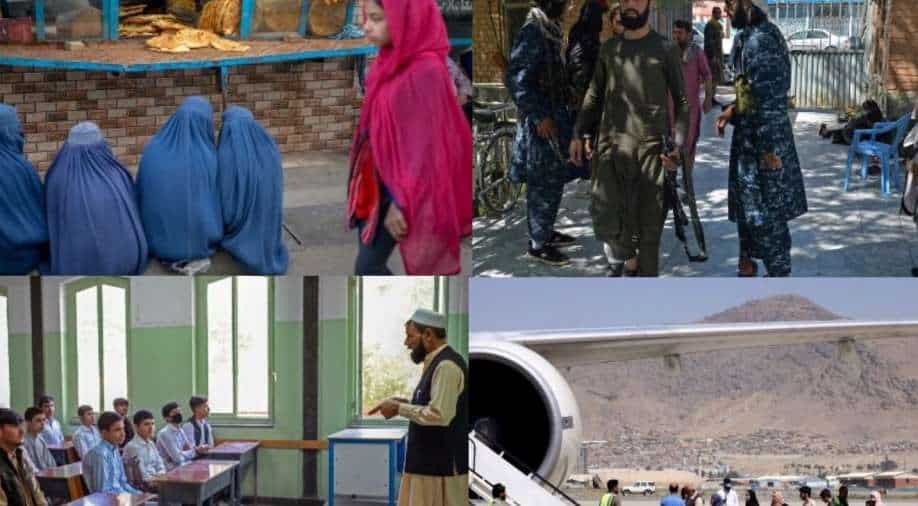 Like most people in Kabul, Afghan reporter Karim Mohammadi has now lost his job since the Taliban took over.

The rapid reconquest of the capital by the Taliban after two decades of war has contributed to a lot of instability in the region and has not spared journalists like him.

"I am not safe, I am scared for my future," he told WION in a phone interview from Afghanistan.

The reporter, who has also worked as a translator, says it is "very scary" for people working with international organisations, police, and people affiliated with media.

"Last week, they detained about 24 journalists and beat them up. The situation here is very bad."

When asked if he wants to leave the country, he said, "I cannot, even if I want to."

Karim highlighted the problems faced by people to get their visas issued. "They (Taliban) are not providing any facilities. They have asked us to wait."

The situation is tough for women, especially students and professionals, he said. There are a lot of restrictions for female students. The Taliban has not yet started the government institutions and has installed various private ones with separate classes for male and female students.

As far as working women are concerned, only female teachers and doctors are allowed to go to work, he revealed.

Describing the Taliban as "Pure Islamic", he said that there has also been a major cultural impact. "Women have been strictly asked to wear hijab. In Kabul, the situation is a little better. However, in smaller provinces, they are very strict".

Communication networks - phone and internet - remain patchy in the country

Karim said, "Last week in Kabul, and few other provinces, there was zero connectivity. Due to women's protests in the region, the Taliban took away all the telecommunication and internet services."

Speaking about the shortage of food and the hardships that the citizens of Afghanistan have been facing since the Taliban took over, Karim said that the food prices have spiked.

Initially, everything was closed, and now that it is reopening, people do not have the money to purchase things of basic needs as most of them are jobless.

On being asked if things will ever return to normal, or if people will get their jobs back any time soon, he said, "Nothing is sure. Even though the Taliban is now allowing people to get back to work, people are scared".

He added, "I have many friends who told me that they are scared to get back to work".

Karim pleaded the international community to interfere in the current situation and help the citizens, especially the women, whose achievements have gone in vain and lives have been doomed.