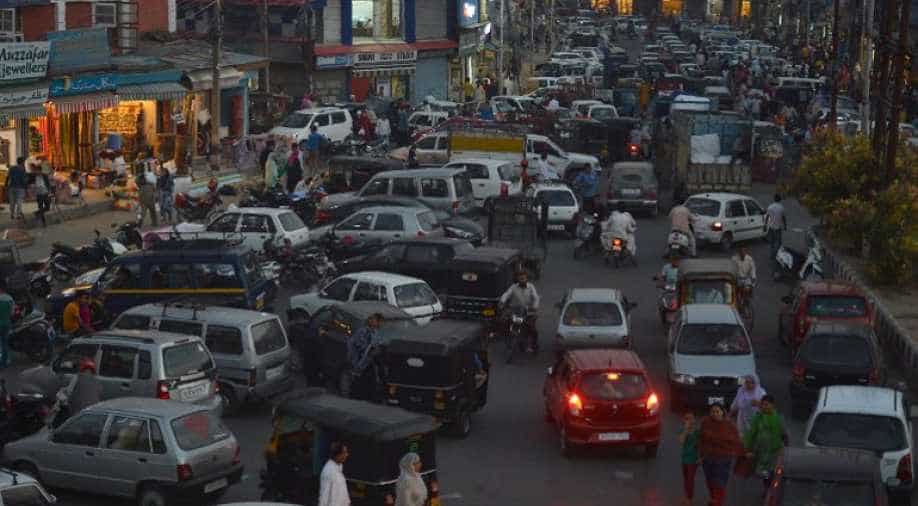 Srinagar along with rest of Kashmir was buzzing with activity today with offices, shops and other business establishments opening in the Valley, which saw return of normalcy after 133 days of shutdown as separatists suspended their stir for the weekend.

The situation has been by and large peaceful over the last few weeks in the Valley, which had been hit by clashes between violent protesters and security forces following the killing of Hizbul Mujahideen militant Burhan Wani in an encounter on July 8. The unrest had left 86 people dead and thousands injured.

Shops, offices, business establishments and fuel stations opened this morning for a full day for the first time since the unrest began. While some had started opening earlier defying the separatists, others did business few hours on some days of the week whenever relaxation in the strike was announced.

There was massive traffic on the roads in Srinagar --  the summer capital -- as public transport resumed fully and people came out to carry out their day to day activities today. The authorities had increased the presence of traffic personnel on the roads to manage the traffic.

Similar reports of people resuming their normal life were received from most of the other district headquarters of the Valley.

With the start of Board exams for classes 10 and 12 this week, life in the Vally had been gradually returning to normalcy. The authorities last night restored mobile internet services on postpaid numbers due to improvement in situation. However, such facility on prepaid numbers continued to remain snapped and there is no word yet on their restoration.

The separatists have been issuing weekly protest programmes. They had for the first time announced a two-day relaxation in the strike beginning today.