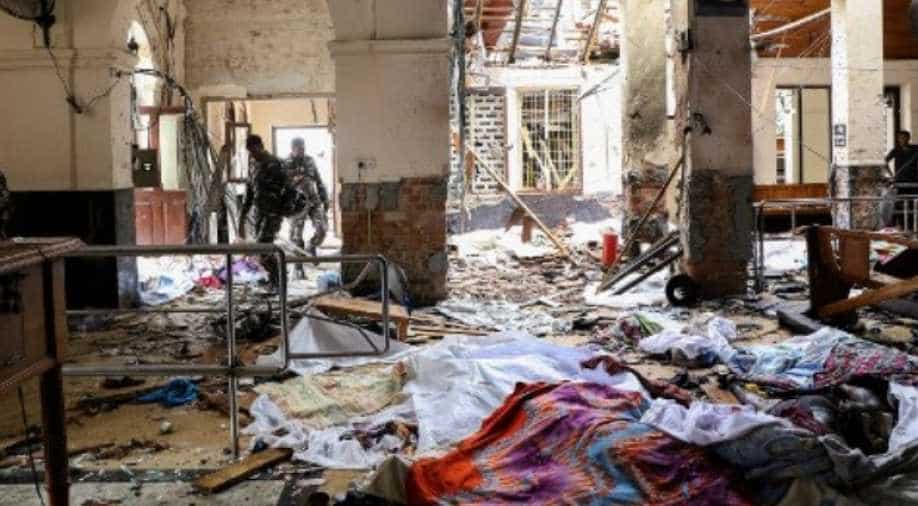 The report slammed President Maithripala Sirisena for failing in 'numerous occasion to give leadership'.

The select committee of Sri Lankan Parliament on the Easter Sunday terror attack on April 21 has said that the Indian High Commission and a hotel frequented by Indians was the target of the attacks that killed more than 250 people including 40 foreigners.

The Sri Lankan Parliament committee report said, "intelligence information received indicated that the Indian High Commission was one of the potential targets". It also slammed President Maithripala Sirisena for failing in "numerous occasion to give leadership" and "actively undermined government and systems having ad hoc NSC meeting and leaving out key individuals from meetings".

The report highlights how the director of Sri Lanka's State Intelligence Service on April 9 had sent "top secret" letters to Inspector General of Police (IGP) with copies to Criminal Investigation Department (CID) and Chief of the National Intelligence (CNI) giving details on how Zahran Hashim of the National Thowheed Jammat (NTJ) planned suicide attacks in the churches and Indian high commission was the target.

The letter gives no dates of the attacks but said the mode of the attack included suicide attack, weapon attack, knife attack or a truck attack. The letter was sent 12 days before the April 21 attacks.

In fact, just a day before the massive attack, on April 20, the director of the Sri Lanka's State Intelligence Service (SIS) had received a message via WhatsApp from a "source" that said "it is learnt that they are likely to carry out their attack in Sri Lanka at any time on or before April 21. They have reported to selected eight places include a church and a hotel where Indians inhabiting a large number. Further details awaited".

On the day of the attack, SIS again received the message at 8.27am saying the attack could happen by "between 6 am to 10 am..one of the targets in a methodist church, Colombo".

The Parliament committee slammed the intelligence services for failing to take appropriate steps to stop the attacks despite prior warning and did not take steps to keep the political leadership briefed. It also pointed out that on three occasions it failed to inform the Sri Lankan president about the impending attacks, including on April 16 when the president was to depart for India and Singapore.

The Sri Lankan Parliament held 24 meetings from May to October and heard evidences from 55 people.