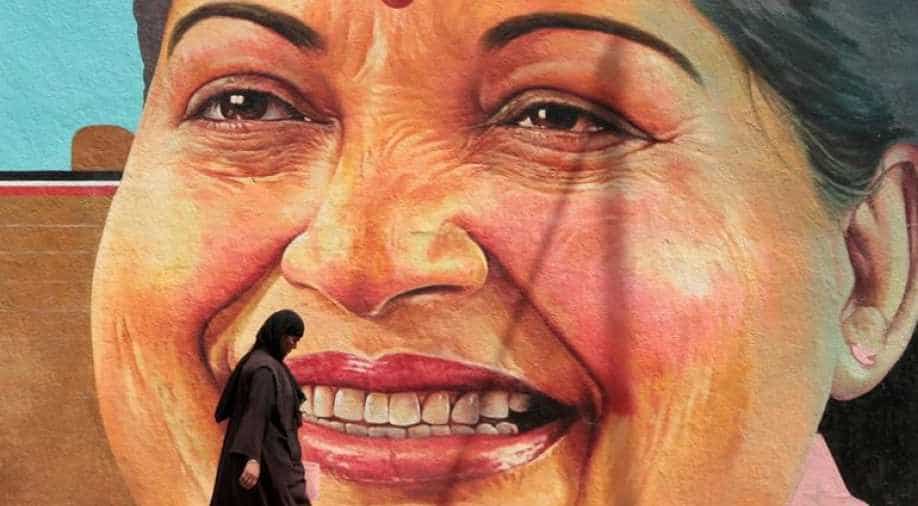 She faced multiple graft cases but despite the charges, Jayalalithaa maintained her popularity among the poor. Photograph:( Reuters )

In a political career that spanned over 27 years, J Jayalalithaa had a looming presence in Indian politics. But it was not politics that got propelled her to the spotlight. Born on February 24, 1948, Jayalalithaa was introduced to the world of films at a young age.

She aced as an actress between 1965 and 1980 to become one of the highest-paid celebrities in the country.

Jayalalithaa then turned to politics by joining the All India Anna Dravida Munnetra Kazhagam (AIADMK), a party founded by south Indian cultural icon and once her co-star MG Ramachandran.

But her venture into politics was bittersweet.

In 1989, Jayalalithaa claimed she was assaulted by the opposition legislators, who pulled her saree in the assembly. After the incident, Jayalalithaa allegedly vowed to enter the house only when she became the chief minister.

And she did just that.

Once looked down upon by many in the opposition because of her career in acting, Jayalalithaa went on to become one of the strongest political forces India would see for decades to come.

From 1991 to 2016, Jayalalithaa became the chief minister of Tamil Nadu for a record six times.

She faced multiple graft cases but despite the charges, Jayalalithaa maintained her popularity among the poor. Over time, her populist schemes helped forge a 'demigod' stature. Her supporters indulged in a cult-like worship, many even making small temples for her. She came to be known as "Amma" or mother.

“I am an unconventional politician”, Jayalalithaa had said in an interview with BBC and so she was.

Jayalalithaa passed away at 68 due to a cardiac arrest following a prolonged illness on December 5 2016, marking the end of an era in the country’s regional power play.