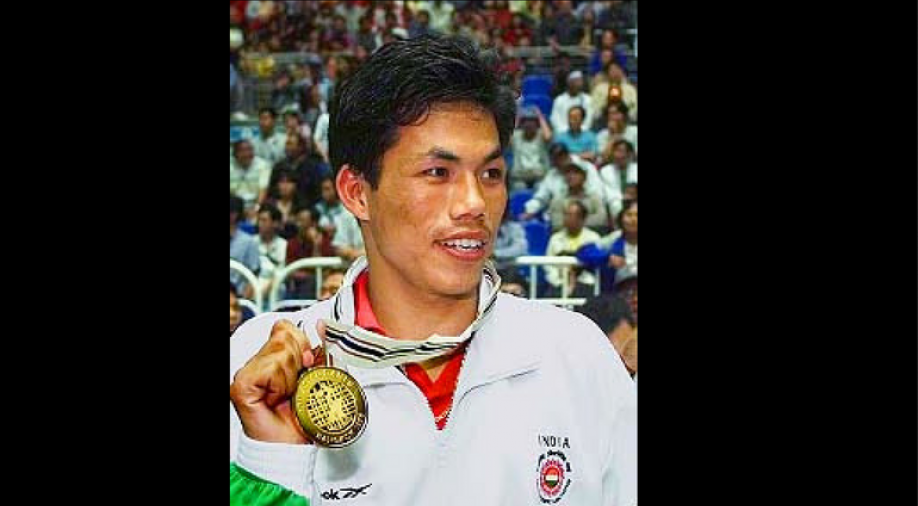 A sportsperson and a former Navy man of the country, Dingko was compelled to sell his house in Imphal for Rs 10,00,000 for his treatment. (Image source: Wikimedia Commons) Photograph:( Others )

Dingko Singh, who made Manipur proud by clinching a gold medal in boxing at the 1998 Asian Games, is fighting for his survival as he is going toe-to-toe with bile-duct cancer. Dingko, who once brought fame and name to India, is now battling all odds in life, be it physical or financial.

It's almost a decade since 1998 the Bangkok Asiad winner retired, but little did he know then that his biggest fight lay ahead of him, a battle with liver cancer. Singh underwent a procedure in the first week of January, during which 70 per cent of his liver had to be removed.

Family members and relatives remain helpless to bear the huge burden of expenditure to be incurred of the six chemotherapy sessions to be done in the coming days ahead. A sportsperson and a former Navy man of the country, Dingko was compelled to sell his house in Imphal for Rs 10,00,000 (about $14,745) for his treatment.

The first signs that all was not right came with a bout of jaundice in August. Further examination at the All India Institute of Medicial Science in New Delhi concluded that the father of two was suffering from cancer. Ferocious and talented but volatile are the adjectives scribes in the '90s would often use while writing on the boxer.

There are reports, which the boxer also confirms, on how he went binge-drinking after his name did not initially feature in the squad for the '98 Asian Games.

Dingko's chemotherapy cycle will begin soon. He has received Rs 50,000 (about $740) as advance from the Sports Authority of India and hopes the rest of the expenditure will be reimbursed soon.