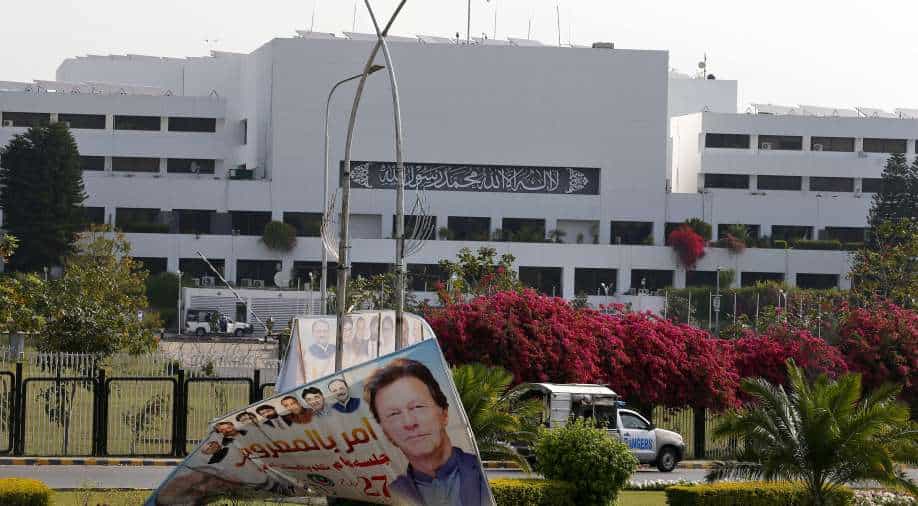 Imran Khan will continue to dispose of his duties as the prime minister, Pakistan President Arif Alvi said hours after the cricketer-turned-politician was de-notified as PM by the cabinet secretary.

Under Article 224 A of the Pakistan Constitution, Khan will dispose of his duties as the PM until an interim/caretaker premiere is appointed.

“Mr. Imran Ahmad Khan Niazi, shall continue as Prime Minister till the appointment of caretaker Prime Minister under Article 224 A (4) of the Constitution of the Islamic Republic of Pakistan,” Alvi said in a tweet.

Mr. Imran Ahmad Khan Niazi, shall continue as Prime Minister till the appointment of caretaker Prime Minister under Article 224 A (4) of the Constitution of the Islamic Republic of Pakistan.

However, under Article 224 of the constitution, Imran Khan can continue as the prime minister for 15 days till the appointment of a caretaker prime minister, Geo News reported.

Even if Imran Khan continues to be the prime minister for those days, he cannot take decisions that an elected head of the government is supposed to take.

Imran Khan was officially been removed from the Prime Minister's Office of Pakistan, a statement from the cabinet secretary said on Sunday.

"Consequent upon the dissolution of Pakistan Assembly by the President of Pakistan in terms of Article 58(1) read with Article 48(1) of the constitution of the Islamic Republic of Pakistan vide Ministry of Parliamentary Affairs, dated 3rd April 2022, Mr Imran Ahmed Khan Niazi ceased to hold the office of the Prime Minister of Pakistan, with immediate effect," the government statement read.

Earlier in the day, Khan had advised President Arif Alvi to dissolve the lower house of the Parliament after a no-confidence vote was rejected by deputy speaker Qasim Suri. He also called for a snap election which is slated to take place within 90 days.

The opposition leaders then approached the Supreme Court after their no-confidence motion was declared "unconstitutional" by the deputy speaker.

The top court, while accepting their petition, issued notices to the president and Imran Khan and declared that all of their actions and orders regarding the dissolution of National Assembly are subjected to the court’s ruling.

The top court will resume its hearing on Monday afternoon.

Meanwhile, hours after the no-confidence motion was rejected, he held a meeting of the Pakistan Tehreek-e-Insaf leaders in Islamabad where he continued to make his earlier claim of "foreign conspiracy" to oust his government.

He said that during the National Security Committee's meeting, the country's highest security body, he was informed of a foreign interference in the internal politics of Pakistan through the no-trust motion.

He then claimed that Lu, the top American official dealing with South Asia in the US State Department, was involved in the ‘foreign conspiracy' to topple his government.

Opposition leaders and the had US dismissed Khan's allegations.