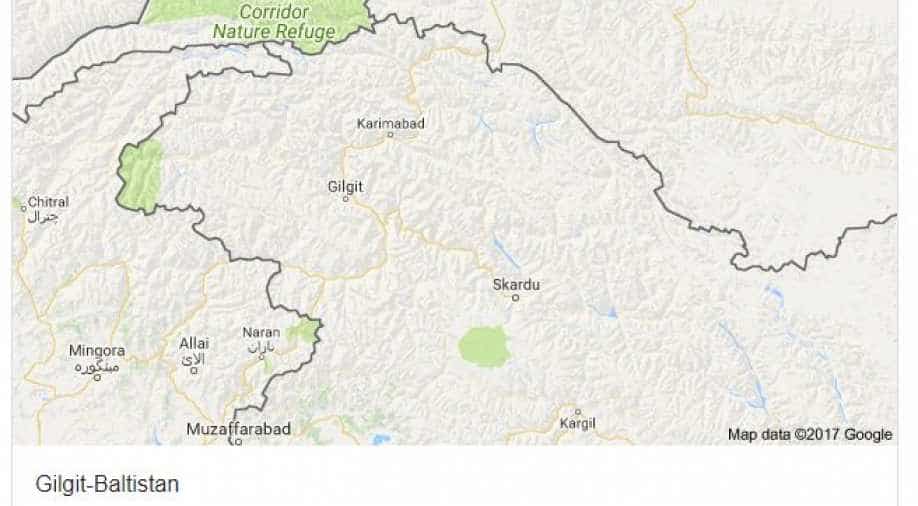 Many legal experts believe that the people of Gilgit Baltistan must be granted constitutional rights and then taxes should be imposed on them. (Representative image) Photograph:( Others )

The people of Gilgit-Baltistan have strengthened their voice against Pakistan's immoral imposition of taxes on them.

Shutter down strikes and massive protests by traders and local residents are continuing in Gilgit as they accuse Pakistan of misusing power.

Massive protest against Pakistan in Gilgit-Baltistan, protesters say the imposition of tax on them is immoral & illegal pic.twitter.com/B7Ch7eal0u

The lawyers say the imposition of any tax in Gilgit Baltistan is illegal and immoral act as people here don't have any representation in national assembly and senate.

"Since the beginning, our motto remains that 'no taxation without representation'. If we are not given any rights, why should we pay taxes? We should be given proper rights and we are ready to pay taxes as similar to other four provinces of Pakistan. But, we should be given equal rights. It is important to collect taxes to run any country, but it is only implacable if the people are given constitutional rights. We are not given any constitutional rights, so what taxes are they collecting from us?" said Mohammad Khan, an advocate in Gilgit.

Many legal experts believe that the people of Gilgit Baltistan must be granted constitutional rights and then taxes should be imposed on them.

They said there are no taxes in Jammu and Kashmir despite it being part of the constitution. They are being granted subsidies.

"Jammu and Kashmir is part of the Indian constitution, but there are no taxes. They are the citizens of India as per the constitution, but no taxes are imposed on them. They are being given subsidy. Here, in Gilgit, we have no constitutional rights and we have a dummy assembly which has no powers. Pakistan has formed a (Kashmir) Council and has made illiterate people as its members. They can't even read Urdu, forget about English. We will not allow the imposition of taxes by them. If they continue to stand by their order, we will launch protests against the assembly. We are not ready to accept this," said Nasir Khan, a lawyer in Gilgit.

People of J&K are Indian citizens as per the constitution, but no taxes are imposed on them. They are being given subsidy. Here, in Gilgit, we have no constitutional rights and we have a dummy assembly which has no powers: Nasir Khan, Advocate pic.twitter.com/IiQWSFSVtE

Another lawyer from Gilgit said that current imposition of the tax is a bigger illegal step by Pakistan as citizens of Gilgit-Baltistan does not come under citizenship act 1951 clause.

Gilgit-Baltistan is part of princely state of Jammu and Kashmir which remains under Pakistani occupation for the past 70 years.

The locals made a demand of granting them a royalty of rich mineral resources. The China-Pakistan Economic Corridor (CPEC) which passes through Gilgit Baltistan is also an illegal act by Pakistan and China.

The people of Gilgit Baltistan accuse both Pakistan and China of exploiting their resources and creating an ecological imbalance in the region.

The region, which has been given a step-motherly treatment by Islamabad, has been looted through the hefty taxes levied by the Federal Board of Revenue of Pakistan.

This has evoked widespread resentment against the Pakistani authorities who otherwise have not done anything in the welfare of the people of the region.

Pakistan has consistently maintained its oppressive attitude towards people of the region and has even ignored their basic demands.

Pakistan's tacit policy has been to ignore the genuine interests of the region and never allow true democracy to thrive in the region.

Media, which has been working in collusion with Islamabad has muffled the issues of locals which has only emboldened Islamabad to further exploit the region through its draconian laws and policies.

Islamabad's growing apathy towards the region and adoption of high handed measures to suppress reasonable voices of the region is a major concern today.

People of Gilgit-Baltistan have now become increasingly intolerant of the Pakistani occupation and they have intensified their ante against the authorities who have done nothing except plundering the resources.