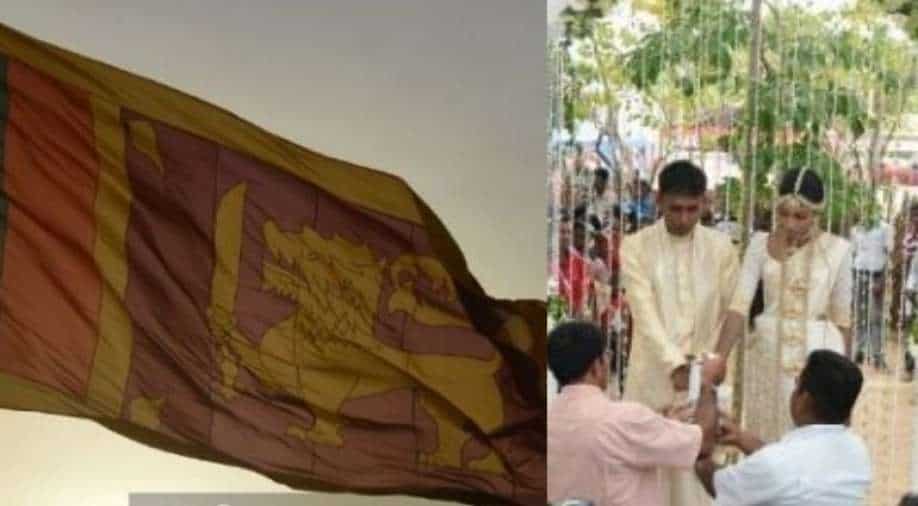 Reports claim the move to register the marriage after security clearance from Sri Lanka's defence ministry has been done due to "national security" reasons.

According to reports, the Sri Lankan government has made it mandatory for citizens to obtain "security clearance" if a person intends to marry a foreigner.

The guideline has reportedly been issued after instructions from Sri Lanka's defence ministry. Earlier, a Sri Lankan citizen had to show a passport, confirmation of civil status and a birth certificate, however, under the new rule a person will now also have to declare their health status.

A person will also have to show proof that there is no criminal offence committed in the last six months.

Reports say a "security clearance report" will be required from the defence ministry and it will be handed over to the district registrar who will then proceed to register the marriage.

Reports claim the move to register the marriage after security clearance has been done due to "national security" reasons.

The new rule will come into effect from January 1, 2022. The move has however been criticised by the country's opposition.

Hope this is the last time Sri Lankans get ridiculed for the year 2021. How about Secuirity clearance for foreign nationals to hold cabinet ministerial portfolios and to be First Lady ? #onecountry100laws https://t.co/sB7QVelOzB

Lawmaker Shanakiyan Rajaputhiran Rasamanickam in a tweet said: "How about security clearance for foreign nationals to hold cabinet ministerial portfolios and to be First Lady?"

Reports claim the government put the new rule in place to prevent foreigners duping locals into marriage and to stop them from marrying innocent citizens involved in the drug racket.