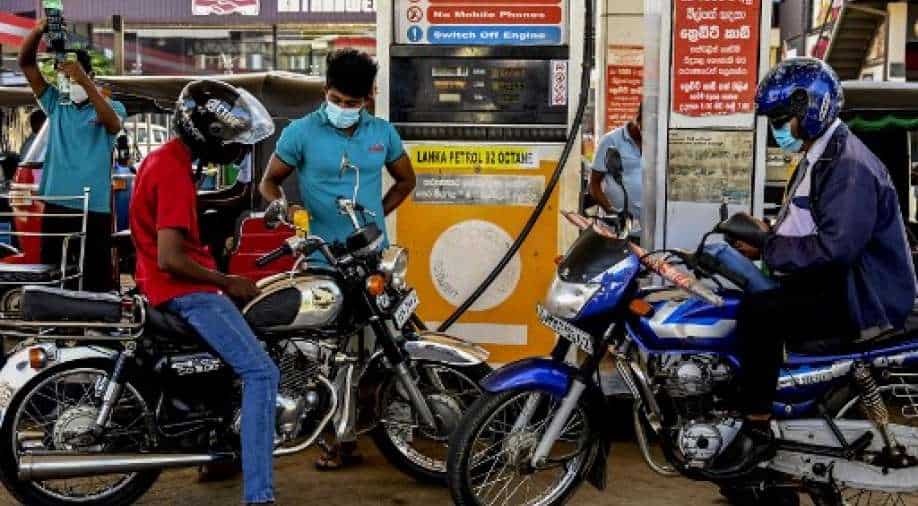 Sri Lanka’s minister of water supply Vasudeva Nanayakkara has said a fuel coupon system should be implemented to reduce the fuel usage in the county due to the current foreign currency shortage.

Despite global crude oil prices plunging due to concerns over the new Omicron strain, the Sri Lankan government announced that it will be hiking up fuel prices once again.

The move comes as a desperate measure to help control the country’s plunging economy caused due to the foreign reserve crisis.

The tourism-reliant island nation has been struggling to obtain much needed foreign revenue into the country since the devastating Easter attacks in 2019 which was exacerbated by the COVID-19 pandemic that resulted in restrictions placed on travel and multiple lockdowns since March 2020.

The move to increase fuel prices has come under criticism as the public laments the rising cost of living especially for those living on daily wages.

Experts say the abrupt decision is temporary in nature with long-standing issues still to be resolved and will not help in the government’s dire need to prevent further economic catastrophe.

Meanwhile, Sri Lanka’s minister of water supply Vasudeva Nanayakkara has said a fuel coupon system should be implemented to reduce the fuel usage in the county due to the current foreign currency shortage.

The minister further went on to say that relief must be provided to motorcycle and three-wheeler owners including fishermen.

Apart from fuel, Sri Lanka has been experiencing a severe shortage of domestic gas cylinders after over 800 cases of gas cylinder explosions were reported in the country resulting in the death of seven individuals while 16 others had sustained injuries.

Asela Sampath, the head of all island canteen owners' association, said that nearly eighty per cent of canteens and restaurants will be forced to close in the coming days owing to gas shortages amid rising food prices.

When interviewed by WION, Nisha Arunathilake a fellow at partnership for economic policy said in order for Sri Lanka to control the worsening forex crisis in the country, authorities must look at measures to earn much needed foreign currency in order to repay debts.

Just like any other fuel price hike, the current increase has also had a ripple effect on many industries especially on transport with tuk-tuks increasing their base rate and bakery owners told to remove price controls on all bakery items.