For students in Nepal, solar eclipse was a hands-on experience 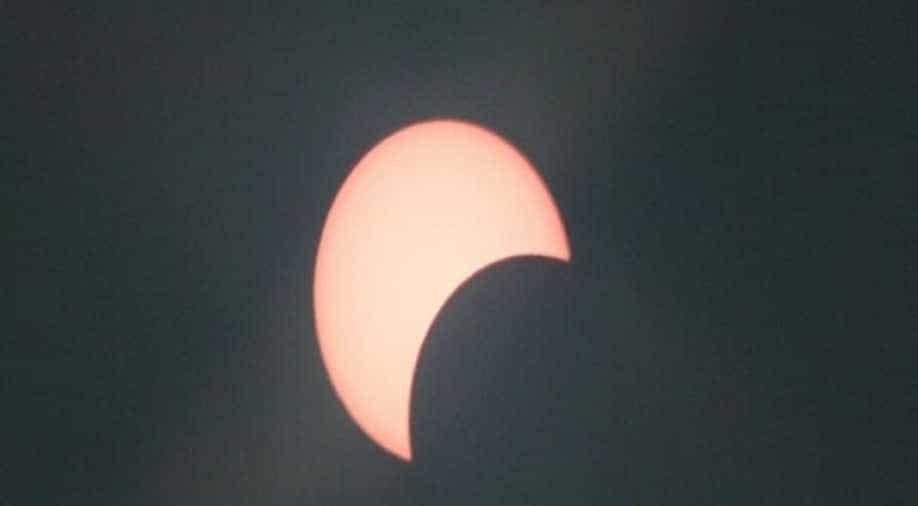 Executive Director of the Observatory, Sanat Kumar Sharma said that the arrangements were made for directly witnessing the eclipse through a solar filters-fitted telescope to support cultivating scientific conscience and culture among the public

Students from various Nepali schools and varsities flocked Kathmandu's BP Koirala Memorial Planetarium, Observatory, and Science Museum on Thursday as the observatory had made special arrangements to view the solar eclipse through a telescope directly.

Executive Director of the Observatory, Sanat Kumar Sharma said that the arrangements were made for directly witnessing the eclipse through a solar filters-fitted telescope to support cultivating scientific conscience and culture among the public.

"Previously, the solar eclipse was very much helpful to study solar and other phenomenon but science has developed much, now it is helpful to create the scientific temper among the broad mass of the people. At the same time, it also enhances the learning capacity of the student. They only get to read in textbooks that there is a solar eclipse, there is a moon eclipse all the things but practically they do not know such things. When we show them live then they will know a lot of things about this eclipse," Sharma told ANI.

"Apart from the studies, it's about interest too. We have to study about optics in the second year (of Undergraduate Course of Science) as we knew that the images are being projected from sun which provides us with an experimental idea regarding it through the help of the telescope that is stationed here and the later images thus formed which drove us up to here," said Ruru Bhusal, an undergraduate student who along with her friends visited the Observatory to learn more on the eclipse.

Similarly, Nepal Astronomical Society also facilitated observation of the solar eclipse through a telescope, available for the interested people at their office in Battisputali, Society President Suresh Bhattarai was quoted as saying.