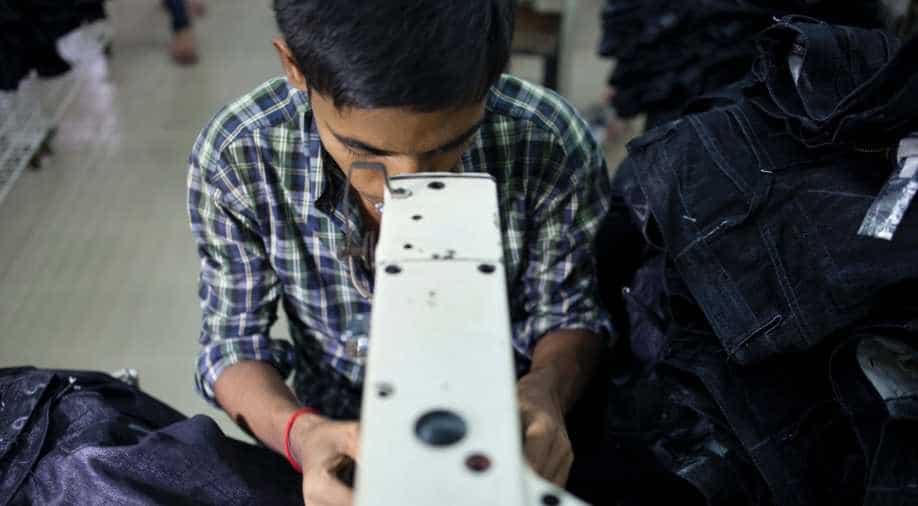 Some foreign companies working in Bangladesh's garment industry have suspended travel to the country after an attack by Islamist militants on a restaurant in Dhaka. In photo: A male operator in the sewing section in a denim factory on May 20, 2013. Photograph:( Getty )

Follow Us
A group of fashion brands and retailers including Gap and Wal Mart working to improve safety in Bangladeshi factories, are still committed to sourcing from the country despite a series of attacks claimed by Islamist militants.

"Member companies will continue to stay the course," James Moriarty, country director for the Alliance for Bangladesh Worker Safety, told a conference call for journalists. "I am not aware of brands withdrawing or cancelling contracts."

The Alliance of mostly North American companies was set up in 2013 to improve safety in Bangladeshi factories after the collapse of the Rana Plaza complex in which more than 1,100 people died.

Some foreign companies working in Bangladesh's garment industry have suspended travel to the country after an attack by Islamist militants on a restaurant in Dhaka on July 1.

The US State Department on Monday warned Americans to consider carefully whether they need to travel to Bangladesh.

"The advice from most embassies is to keep as low a profile as possible," said Moriarty, a former US ambassador to Bangladesh, who said he had returned to Dhaka on Saturday.

Moriarty said many major brands were holding off on sending foreign staff to the country, although most had Bangladeshi or South Asian staff leading their operations in the country.

"I do have confidence that the people who are committing these attacks are a very small minority with very small support," he said.

Moriarty said the Alliance - set to run until 2018 - was ahead of schedule in improving safety at the some 700 factories its 28 members work with in Bangladesh, calling the safety drive a "moral imperative".

In the first quarter of 2016, the Alliance suspended another six factories for failing to do enough to improve safety, bringing the total to 83, while Moriarty said 28 factories have completed plans to address safety issues.