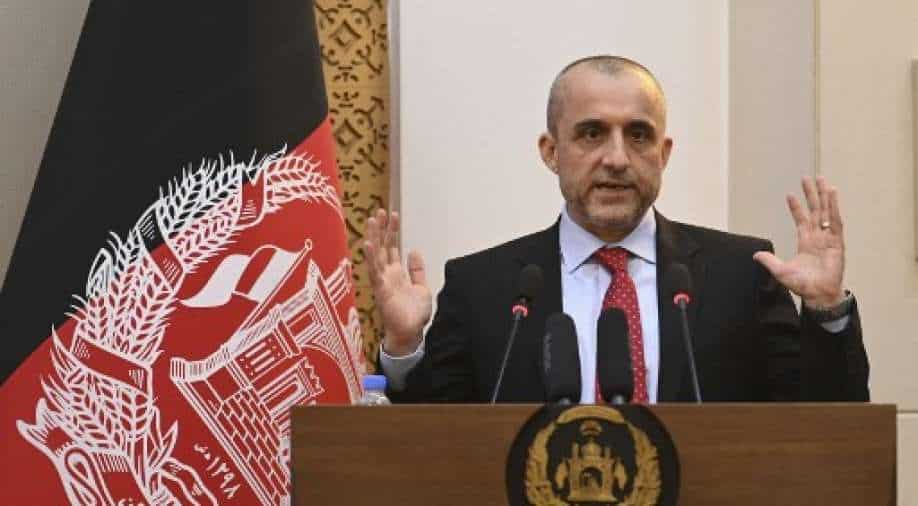 Afghanistan's former vice president Amrullah Saleh in an exclusive interview to WION said if ex-president Ghani was captured and imprisoned by the Taliban it would have been a "rallying point" for the people.

"Ghani's escape shattered whatever positivity was left about his image," Saleh declared.

Saleh asserted that had Ghani stayed in Afghanistan and honoured his word it would have been much better both for him, "his legacy and the Afghan people".

Saleh added that few days before the collapse of Kabul, Ghani had claimed that, "I am a fan of King Amanullah" who had regained independence from the British, however, at the time of difficulty and uncertainty, Ghani left the country.

"At the right moment he did not show a sense of sacrifice and a sense of giving back to the country, I feel very sorry that," Saleh lamented.

The former Afgan vice president reasoned that even if Ghani was captured and imprisoned by the Taliban it would have been a "rallying point" for the Afghan people and it would have led to an outcry in the international community.

"I don't think his escape from Afghanistan has either helped him or those around him," he said," adding, "this will be a dark chapter in our history."

When asked about asylum offered by other countries to him, Abdullah Saleh said: "If a person of my stature and history tries to escape it would be disgraceful and a historic shame."

Saleh said for years the Afghan people were told to sacrifice one's life for a "noble cause and for humanity. "When the country is seeking our trust if we escape it would dishonouring the sacrifices of the Afghan people."

"I did not want to be part of that disgrace, humiliation and historic shame," Saleh said on a possible escape from Afghanistan as the Taliban took control of the country.

"I am with the Afghan people and I am on my soil, I share their pain and frustration," he said. Saleh declared he is prepared to share "every hardship" faced by his fellow citizens.

The former vice president informed that even though was offered evacuation and chartered flights out of the country by friendly nations, he refused and decided to stay in Afghanistan.