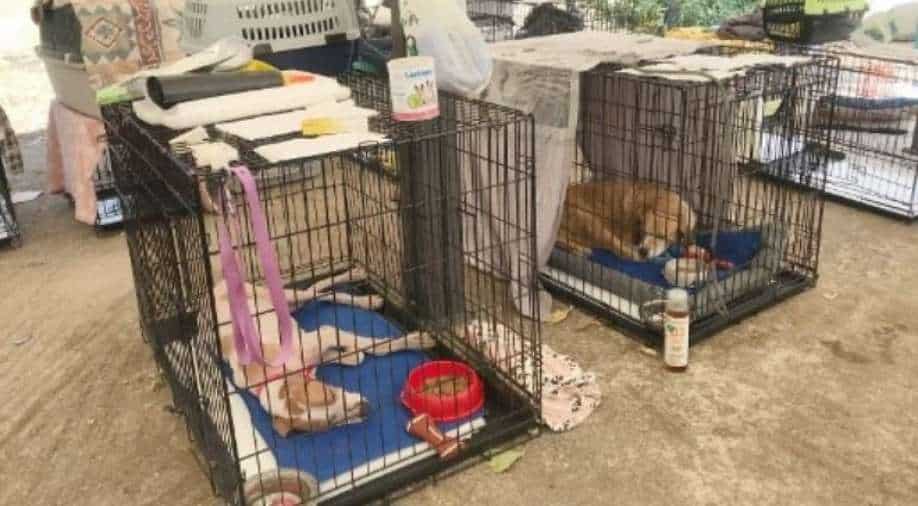 In what he calls Operation Ark, Farthing has crowdfunded a plane to fly out his staff and their families, as well as some 200 cats and dogs from Kabul

The British owner of an animal shelter in Afghanistan will be allowed to evacuate around 200 cats and dogs on a charter plane from Kabul, the UK's defence minister said Wednesday in an apparent climbdown.

The high-profile campaign by former Marine Paul "Pen" Farthing to evacuate his animals has prompted controversy as thousands of people seek to flee the Taliban ahead of United States troops' withdrawal by August 31.

After serving in Afghanistan with the British Army, Farthing founded an animal charity called Nowzad in Kabul rescuing cats, dogs and donkeys.

He remains in Kabul and has crowdfunded a plane to fly out his staff and their families as well as some 200 cats and dogs in what he calls Operation Ark.

British Defence Secretary Ben Wallace had earlier said it would be wrong to "prioritise pets over people" as thousands wait outside the airport, many fearing reprisals from the Taliban which seized control of the country on August 15.

But early Wednesday Wallace tweeted that he had authorised officials to process Farthing's Afghan staff at Kabul airport.

Now that Pen Farthing’s staff have been cleared to come forward under LOTR I have authorised MOD to facilitate their processing alongside all other eligible personnel at HKIA. At that stage, if he arrives with his animals we will seek a slot for his plane. @DefenceHQ

Once that happens, "if he (Farthing) arrives with his animals we will seek a slot for his plane," Wallace said.

He emphasised that the "limiting factor" had been maintaining the flow of the evacuations, "not airplane capacity".

Wallace added that Farthing and his Afghan staff, who have been granted UK visas, could also leave without the animals on a Royal Air Force flight.

The defence minister had told Sky News on Tuesday that Farthing's chartered plane would "block the airfield" and "sit there empty" as officials processed other passengers waiting in a huge line.

"As for the animals that he (Farthing) has rescued and saved, it is just not going to be the case that I will prioritise them over the men, women and children we see in desperate need at the gate."

Farthing has waged a campaign backed by celebrities including comedian Ricky Gervais, complaining at the UK defence ministry's stance.

British tabloids traditionally support campaigns to help animals abroad and The Sun wrote Wednesday that Wallace offered a "glimmer of hope" to the "mercy flight".

Farthing has said he could transport animals in the hold of the 250-seat plane and take Afghans in spare seats.

The UK has evacuated more than 10,000 people from Afghanistan since August 13 and more military flights were planned for Wednesday, according to the defence ministry.

Foreign Minister Dominic Raab praised the operation on Sky News on Wednesday, saying: "It's never been done before and no country has done better."