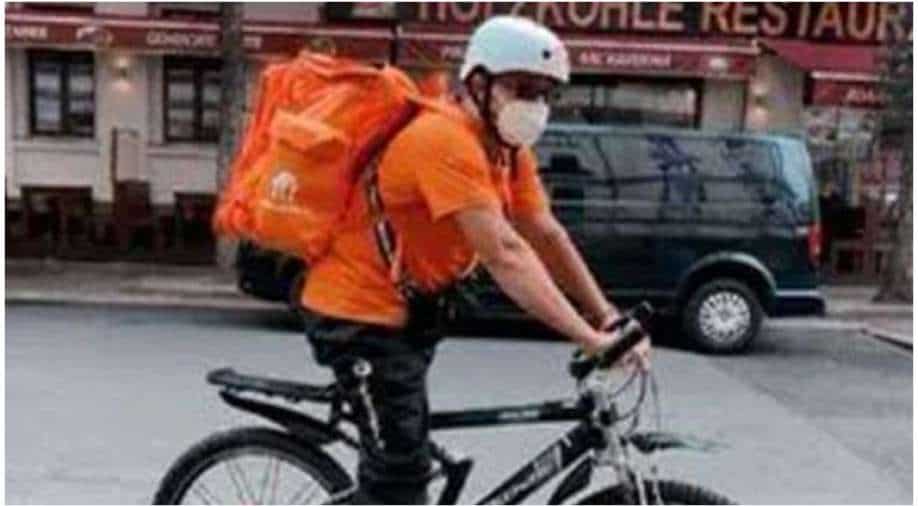 He reportedly confirmed that it was his own photo

Times change, but they changed VERY quickly for Afghanistan. It was anticipated that Taliban would recapture power after USA's hasty retreat but the pace of it has surprised everyone. The deposed Afghan president himself is in UAE and thousands of Afghans have escaped the country fearing the Taliban rule.

That the government has collapsed is a known fact, but what are all the ministers doing now is not common knowledge. A former Afghan minister being seen delivering pizzas is hence creating a lot of buzz online.

Photos of Afghanistan's former information and technology minister Syed Ahmad Shah Saadat in an orange shirt and on a bicycle did rounds on social media on Wednesday. The photos reportedly were taken when he was delivering pizza in Germany. Some of the images were tweeted by Al Jazeera Arabia.

The pics were reportedly clicked by a local journalist

It was reported that Saadat himself confirmed to Sky News that the images doing rounds were of him.

Reportedly an Oxford graduate, Saadat joined Ashraf Ghani's cabinet in 2018. He served for two years before quitting. He then arrived in Germany in 2020.