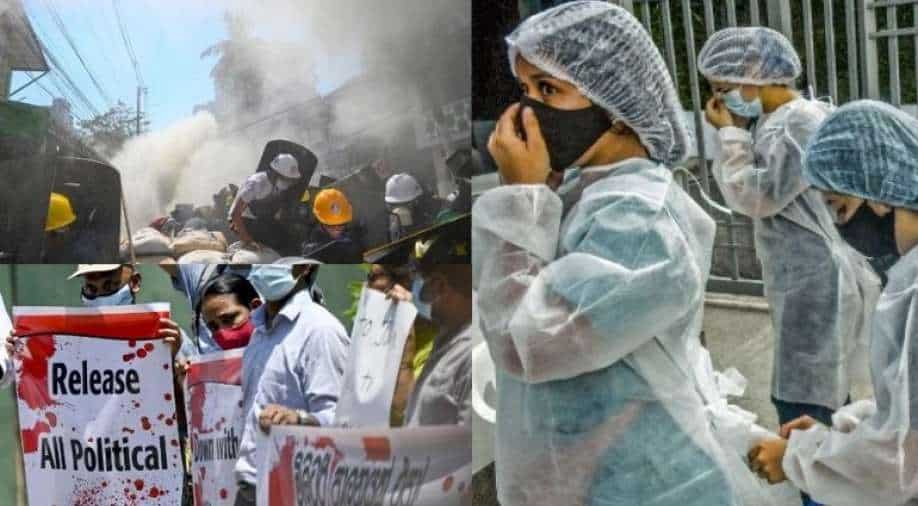 Doctors and medical workers in Myanmar have urged for help as they believe the military personnel specifically target civilians to lure the doctors into their trap.

In a recent incident, a man and his wife were shot by the Myanmar military and as the doctors readied themselves to help the couple seeking help on the street, the locals warned that soldiers might be waiting nearby.

"I felt like they were ambushing us," a rescuer was quoted by The Guardian. "I think she would have survived if we were able to pick her up as soon as it happened."

The doctors had to, reportedly, wait for almost an hour to see the soldiers finally retrieving.

Doctors in Myanmar have told the Observer that they are routinely targeted by the military in violent manners, and the military purposely tries to prevent them from treating victims of the deadly clashes.

They have also revealed that the military used to shoot at passing-by ambulances, raid hospitals, medical centres and violently attack medical personnel too, which sometimes also led to their death.

Government doctors are also being targeted and prosecuted for participating in anti-coup protests. Some doctors have also been picked up from their medical centres during their night shifts and are then returned back to their house after questioning.

"If you are detained today, your body will be returned tomorrow with torture marks or something like that," a Yangon-based doctor told the Guardian.