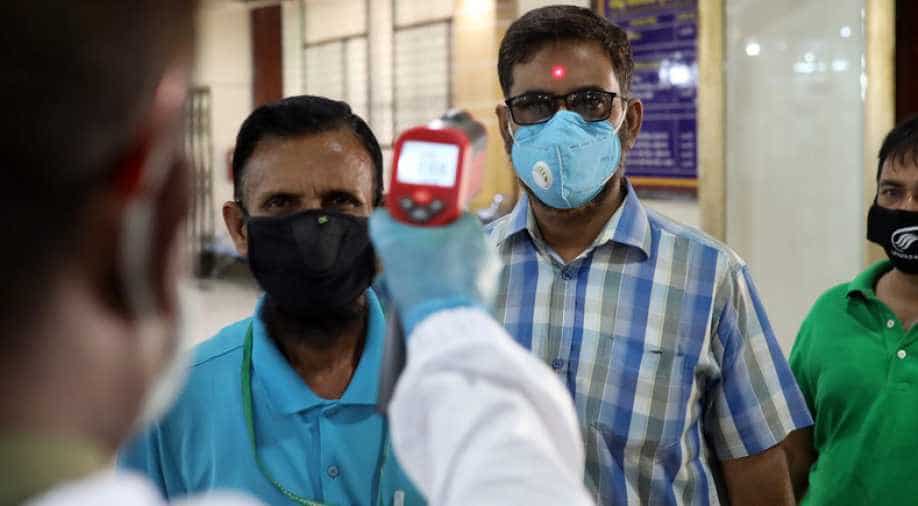 The Directorate of Health Services (DGHS) said that the death rate now stands at 1.60 per cent and infection rate at 31.32 per cent with overnight detection of another 11,162 cases

Bangladesh on Wednesday reported 201 deaths due to the COVID-19 pandemic, the highest single-day fatalities, a day after the country registered a record number of fresh cases.

According to health officials, the coronavirus has so far killed 15,593 people in the country.

The 201 deaths surpassed the previous high of 164 which was recorded on Monday.

The Directorate of Health Services (DGHS) said that the death rate now stands at 1.60 per cent and infection rate at 31.32 per cent with overnight detection of another 11,162 cases.

"The fatality and infection rates are on the rise, the situation is alarming as we are yet to see the peak of the pandemic," he told PTI.

He said that breaking the infection chain was the only solution. Stricter enforcement of the (ongoing nationwide) shutdown is now the only option to flatten the rate.

"People must stay indoors as much as possible as we are running out of our resources to face the crisis," Islam added.

Doctors said that a surge of patients continued to rise in hospitals and half of them were reporting with critical conditions.

"The patients are dying despite our maximum efforts," a doctor at a Dhaka hospital earlier said.

The DGHS data shows that southwestern Khulna remained the coronavirus hotspot in terms of deaths and cases among the 64 administrative districts, followed by Dhaka. The doctors attributed the Delta variant to 80 per cent of cases.

The surge increased last month when the Delta variant hit the country's border in northern and southwestern border regions as Bangladesh shares a large frontier with India.

The DGHS said that 50 per cent of patients were now found in rural areas, a phenomenon that rules out a general perception that cities were more exposed to the pandemic.