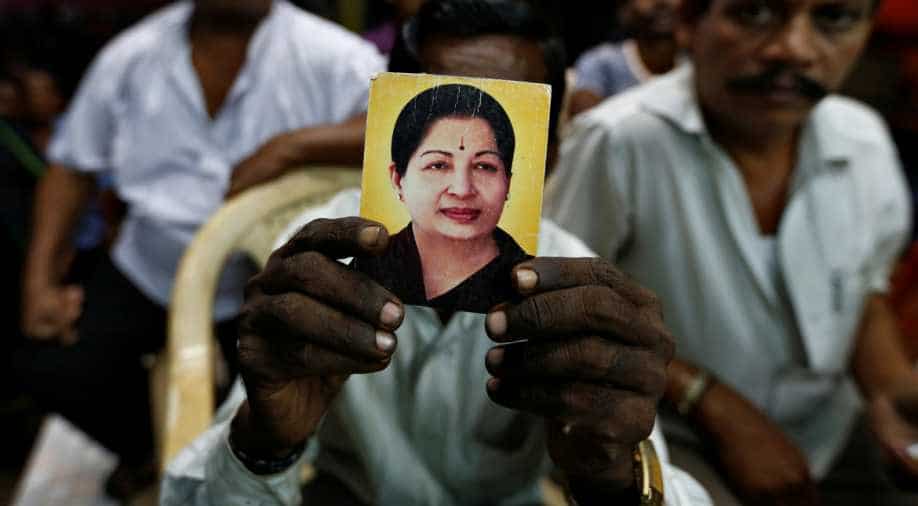 The state will be in mourning for seven days. Schools and colleges will remain closed for three. Photograph:( Reuters )

Life virtually came to a grinding halt here as the city woke up to deserted streets with shops, including eateries, remaining shut in the wake of the demise of Tamil Nadu chief minister J Jayalalithaa.

Public transport services, including autorickshaws, were off the roads while some private vehicles were seen plying in various parts of the city where police personnel kept a tight vigil at vantage points.

A near-total shutdown-like situation prevailed in the city and several other parts of the state since last evening itself.

The focus today turned to Rajaji Hall where Jayalalithaa's body is lying in state to enable public pay their homage.

With even tea stalls, which usually do a brisk business in the early hours, remaining closed, mobile tea vendors could be seen dispensing the brew at some places. Hotels are also closed.

Suburban train services, however, were being operated in the city, albeit with lower passenger rush.

Long distance trains arriving at Chennai Central and Egmore stations were on time.

The state government has declared a holiday today for its offices and three-days for educational institutions as a mark of respect to the departed leader.

The government also announced Tuesday as a holiday for its offices under the Negotiable Instruments Act, as a mark of respect to J Jayalalithaa.

A Government Order (GO) said the notified public holiday will apply to all state government offices, undertakings, corporations and boards.

"Under the Explanation to Section 25 of the Negotiable Instruments Act, 1881 read with Notification of the Government of India, Ministry of Home Affairs No.20-25-26, Public-1, dated 8th June 1957 the Government of Tamil Nadu hereby declares that Tuesday, the 6th of December, 2016 as a public holiday as a mark of respect to the late Selvi J Jayalalithaa, Hon'ble Chief Minister of Tamil Nadu," it said.

The day will be also treated as a paid holiday for all industrial employees on regular work charge and industrial establishments and the labour hired on daily wages, it said.

The holidays were being declared "as a mark of respect" to the late leader, the GO said.