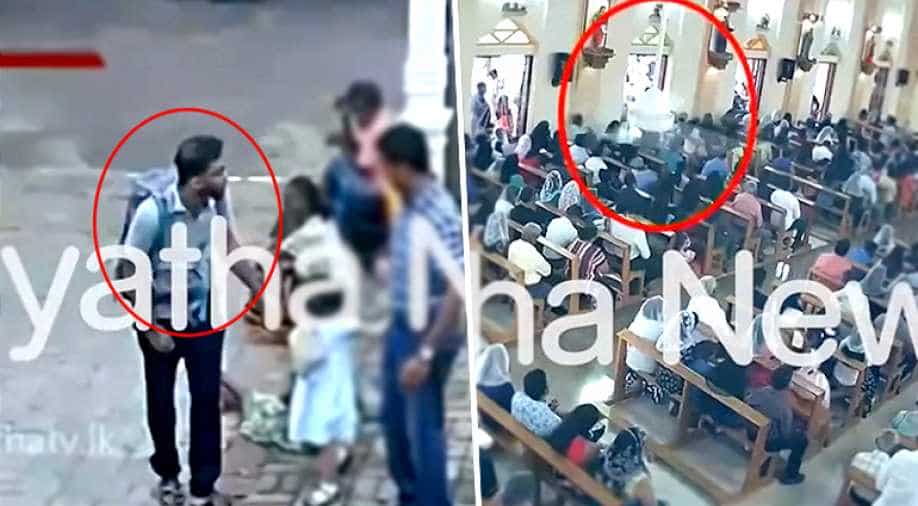 No group has claimed responsibility for the attacks.

A CCTV footage has emerged showing a suspected suicide bomber entering St Sebastian's church in Negombo, on Sunday, moments before a blast which killed more than 50 people and almost entirely blew off the roof of the church.

St Sebastian's church was one of several suicide bomb sites across Sri Lanka, which killed at least 310 and injured at least 500 people in multiple cities on Easter Sunday.

No group has claimed responsibility for the attacks. Police have said they have arrested 40 people since Sunday and that the suspects were mainly Sri Lankans.

Sri Lanka is predominately Buddhist but its 22 million people include Christians, Muslims and Hindus.

The military for decades battled ethnic minority Tamil separatists, most of them Hindu, but violence had largely ended since a government victory 10 years ago.

Colombo, the seaside capital of the island nation, was jittery on Monday, with rumours of more blasts spooking residents as police searched for the bombers. Another device exploding while a bomb squad tried to defuse it.

Sri Lanka fell silent for three minutes on Tuesday as the country marked national mourning to honour more than 300 people killed in suicide bomb blasts that have been blamed on a local Islamist group.

He said it was not possible for such "a small organisation" to carry out such well co-ordinated suicide strikes.

Flags were lowered to half mast on government buildings, and people bowed their heads and reflected silently on the violence that has caused international outrage.

The first memorial services for the victims, among them dozens of foreigners, were being held Tuesday, hours after the government imposed a state of emergency.