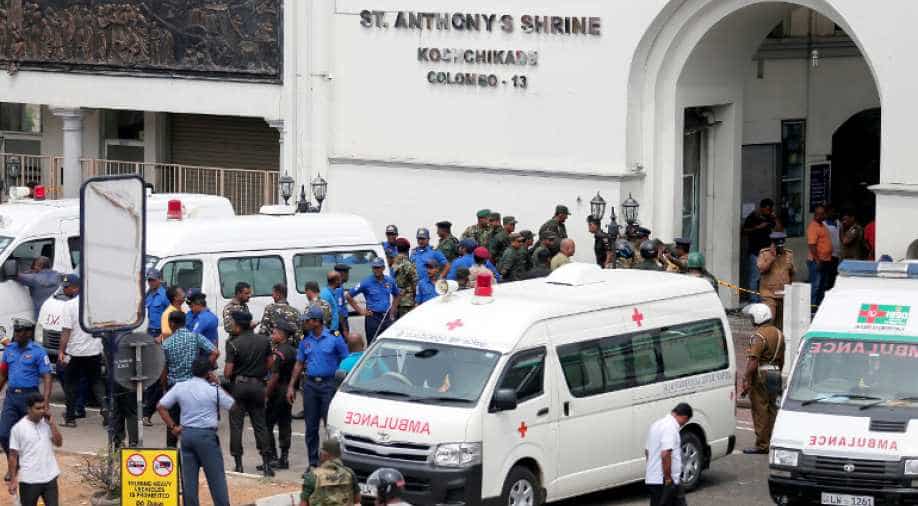 Ruwan Gunasekera said 40 people were now under arrest in connection with the attacks, which Sri Lanka's government has blamed on a previously little-known local Islamist group, National Thowheeth Jama'ath.

The death toll from series of deadly attacks in Sri Lanka has risen to 310 after several people died overnight due to severe injuries, a police spokesman Ruwan Gunasekera said on Tuesday.

Around 500 people were wounded in the blasts, Gunasekera added.

According to Gunasekera, 40 people were under arrest in connection with the attacks, which Sri Lanka's government has blamed on a previously little-known local Islamist group National Thowheeth Jama'ath.

Sri Lankans observed three minutes of silence early Tuesday to pay tribute to the victims. National flags were lowered and people bowed their heads as the silence began at 8:30 am.

The government has declared a full day of national mourning on Tuesday, with flags at all government institutions lowered to half mast, liquor shops ordered shut and radio stations and television channels expected to play sombre music.

Sri Lanka has imposed a state of emergency hours after blaming a local Islamist group for the attacks.

The state of emergency, which gave police and the military special powers to counter militant strikes, came into force at midnight.

Officials are also investigating why more precautions were not taken after an April 11 warning from Sri Lanka's police that a "foreign intelligence agency" had reported the NTJ planned suicide attacks on churches.