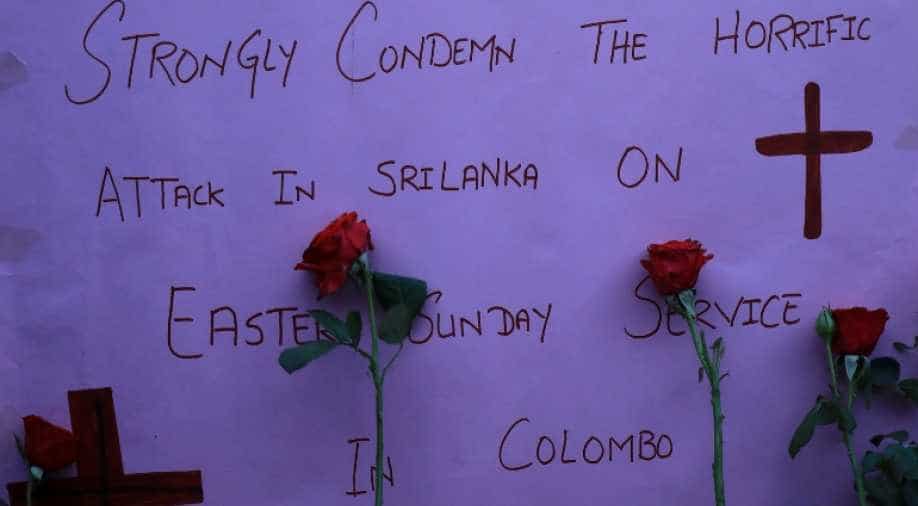 The attacks on hotels and churches came as Sri Lanka was emerging as a leading tourist hot-spot, named the world's top destination for 2019 by a major guide book.

Tourists are scrambling to flee Sri Lanka and cancelling holidays after a string of deadly suicide blasts that have sparked concerns the lucrative tourism industry could be sent into a tailspin.

The attacks on hotels and churches came as Sri Lanka was emerging as a leading tourist hot-spot, named the world's top destination for 2019 by a major guide book.

The Easter Sunday massacre killed at least 290 people, including 37 foreigners.

German schoolteacher Martin Ewest arrived in the island nation two days ago, hoping for a peaceful holiday with his wife and 12-year-old daughter.

But all that changed when he heard about the attacks.

"We want to leave as soon as possible... but our embassy can't help because they are on holiday, our airline says they can't do anything, and our hotel has not offered us any assistance," the 44-year-old told AFP.

"It's a difficult situation... we are like sitting ducks, waiting until we can leave next week."

Powerful explosions hit three hotels in the capital Colombo -- the Cinnamon Grand, the Shangri-La and the Kingsbury Hotel, all of which have closed until further notice.

For Pakistani executive Kashif Ali, it was a lucky escape. The 33-year-old had been trying to book his family into the Cinnamon Grand only to be told that no rooms were available.

"We had all these plans to travel around the country but now we are scared to go anywhere," he told AFP, adding that the blasts brought back disturbing memories of Pakistan's own history of militant violence.

"We came here to escape all this -- we wanted to relax, not spend all day in a hotel. Now we are just waiting to leave -- it's been a waste of a holiday," his sister-in-law Sobia Samreen told AFP.

At Colombo's international airport, nervous and exhausted travellers lined up to leave the country as heavily armed soldiers manned the entry and exit points.

The sense of anxiety was palpable at hotels lining the capital's famed beachfront, with five-star properties such as the Taj Samudra Colombo and the Galle Face Hotel putting extra security in place, including armed guards who prevented anyone but guests from entering.

The US has revised its travel advisory for Sri Lanka, warning of further possible terrorist attacks, while other nations such as Australia and Ireland have also advised citizens to exercise caution while in the country.

Sri Lankan travel agent Morris Bernard told AFP his company had recorded "lots of cancellations -- about a quarter of our clients have cancelled or postponed their plans, saying they are scared (to visit)".

Another travel agent Saman Palitha said that "the only group we were expecting later this month has cancelled -- 13 people from India who said that for the time being they don't feel safe travelling here with their family".

A source at the Galle Face Hotel told AFP that while "tourism obviously suffers in a situation like this, we hope it won't have a long-term impact".

While the lasting implications of the bombings are still unclear, the short-term effect is likely to be devastating for a country that counts tourism as a key foreign exchange earner.

Travel guide book publisher Lonely Planet last October named Sri Lanka as its top destination for 2019, praising "its timeless temples, its rich and accessible wildlife, its growing surf scene and its people who defy all odds by their welcome and friendliness".

But for many visitors, including those who have strong ties to the country, the sense of fear will be hard to shake off.

"I normally stay at the hotels that were targeted, so I consider myself very blessed... but this is the first time in all my visits here that I have felt afraid" said Australian Manique Corteling.

"But Sri Lanka will bounce back -- they have gone through terrible times before."