Sri Lanka attacks: We have to come together as a nation, says Namal Rajapaksa to WION 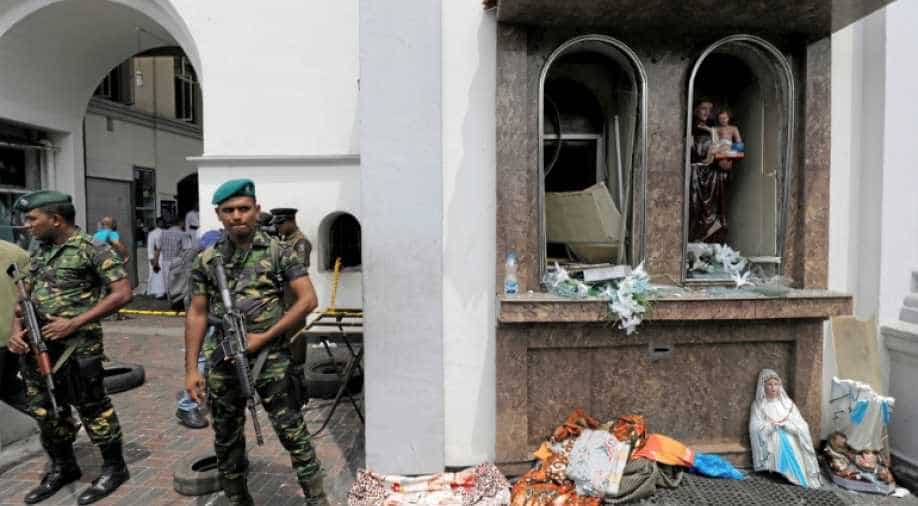 'As a country, we have to work together we have to support each other to come over this,' Namal Rajapaksa said.

Namal Rajapaksa, a Sri Lankan politician and the son of former Sri Lankan president Mahinda Rajapaksa spoke to WION and said, as a country, they have to come together.

Sri Lanka saw the worst terror attack on Sunday killing around 310 people and over 500 injured. Sri Lanka has imposed a state of emergency hours after blaming a local Islamist group for the attacks.

WION: What is the situation on the ground?

Namal Rajapaksa: Everyone is shocked to hear what happened because we haven't seen a suicide attack or bomb blast in this country for the last ten years. But it is a very devastating and unfortunate incident that took place and we strongly believe it's lack of security and action taken by the government to stop these kinds of activities because clearly, the Prime Minister said we accepting the fact that they have got to know about this few weeks ago. So then they should have acted on that.

WION: Was it an intelligence failure?

Namal Rajapaksa: We cannot blame on the intel because of limited sources because what we know in last four years Sri Lanka has become the weakest when it comes to Intel because of the sudden political decisions the government has taken but despite all that they manage to give the report to the government by the second week of April but the government failed to take action.

But at this stage, we are not going to spend our time blaming on the president or the prime minister because we believe this is the time we have to come together as a nation, keep our political differences aside. As a country we have to work together we have to support each other to come over this. We know even now on our way to meet you guys, there was a blast. This has never happened in this country for so many years, even during the wartime, Sri Lanka did not see this kind of fear.

WION: Why was Sri Lanka targetted?

Namal Rajapaksa: If you look at our region, one is geopolitical importance in Sri Lanka. At the same time Sri Lanka has the weakest intelligence ever since 2015, because once you destabilize your intelligence, once you start punishing your intelligent officers and once you get together with certain nations to disarm your intelligence or withdraw intelligence and try to put them behind bars for fighting against terrorism for 30 years, then obviously Sri Lanka becomes the weakest link in the region. So when that happens it is much easier for certain organisations to get active in this country.