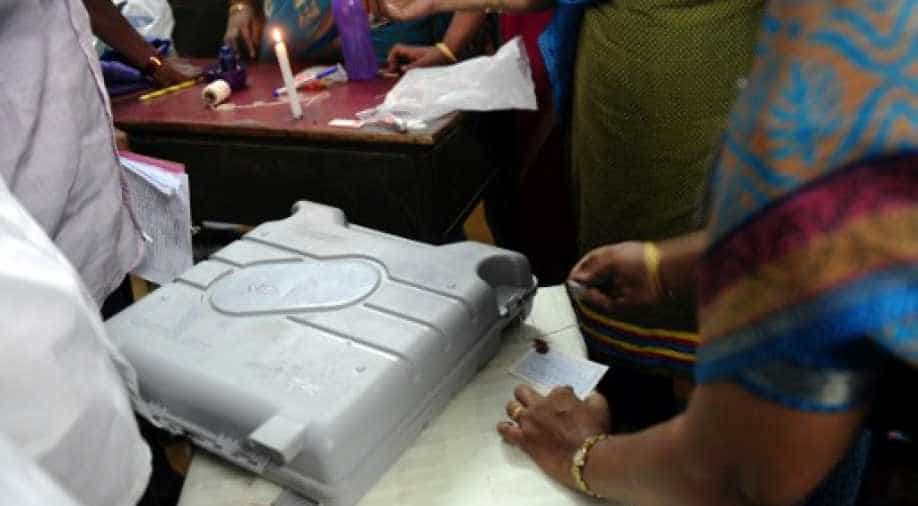 In Madhya Pradesh, the BJP won both the Nepanagar assembly seat and the Shahdol (reserved constituency) Lok Sabha seat with its candidate Gyan Singh defeating Cong rival Himadri Singh by a margin of over 60,000 votes.

Around 66 per cent people voted in the by-polls in Shahdol constituency while the turnout in Nepanagar was about 73 per cent.

In BJP-ruled Assam, the party is leading by a huge margin in the Lakhimpur Lok Sabha seat vacated by chief minister Sarbananda Sonowal. It is also leading by 4,835 votes in Baithalangso assembly seat, where an ex-Congress candidate fought.

In West Bengal, where by-elections were held for one assembly seat - Monteswar - and two Parliament seats - Coochbehar and Tamluk - all the seats were held by the Trinamool Congress of Chief Minister Mamata Banerjee.

Trinamool Congress candidates were way ahead of rivals in the vote count on Tuesday where by-polls were held on Saturday. Dibyendu Adhikari was declared elected from Tamluk Lok Sabha seat defeating his nearest rival CPM’s Mandira Panda by 497,000 votes.

In Tamil Nadu, by-elections were held for three assembly seats which are all won by AIADMK candidates, who were in direct contest with rival DMK.

In Tripura, the CPI-M won both the assembly seats in Barjala and Khowai.

These were the first elections after the currency ban, over which the opposition has attacked the government.