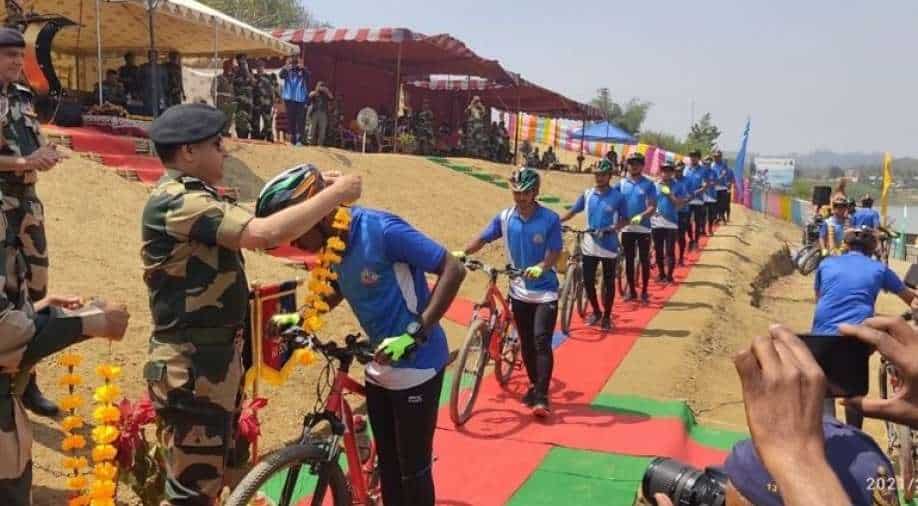 It concluded on the 101st birth anniversary of Sheikh Mujibur Rahman, who is called the 'Father of the Nation' of Bangladesh

To mark the 50th year of the Bangladesh victory in the Liberation War, the 70-day-long "Maitri Cycle Rally" by India's Border Security Forces (BSF) concluded on Wednesday after covering a distance of around 4,000 km.

The rally along the borders of five Indian states that began on January 10 in South Bengal ended at Silkore BOP in western Mizoram.

It concluded on the 101st birth anniversary of Sheikh Mujibur Rahman, who is called the "Father of the Nation" of Bangladesh.

Such a rally was organised for the first time to encourage and boost the friendship between both the nations and to increase the mutual cooperation and trust between the BSF and Border Guards Bangladesh (BGB), BSF Spokesperson Ashok Kumar said.

Also read | In life and death, Mujibur Rahman continues to be a towering figure in Bangladesh

"This would also create a sense of security and confidence among the people living along the international borders and impart messages about the ill effects of drug abuse and border crimes among others," Kumar was quoted as saying by the news agency IANS.

The spokesperson added that during the journey the 13 BSF cyclists were welcomed by the BGB officials, border residents and school students in several places along the border.