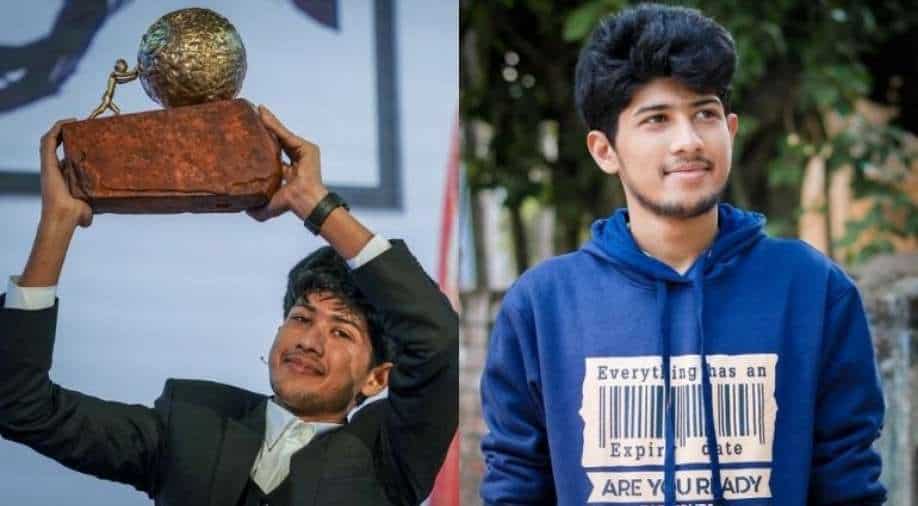 'I decided that teenagers needed help and that we should take action to try to avoid other children facing the same tragedy,' Rahman said

A 17-year-old Bangladeshi teenager has been awarded a prestigious global children’s award for taking action against cyberbullying and an online crime against children.

Sadat Rahman has been conferred with the 2020 KidsRights International Children’s Peace Prize for achievement only few can think about. Rahman developed a mobile app to help teenagers report cyberbullying and cybercrime in the western district of Narail in Bangladesh.

“Serious action needs to be taken right now. Teenagers continue to remain vulnerable to online crime and cyberbullying, particularly in the times we live in,” Rahman said in a remote interview.

The ceremony, hosted by a Netherlands-based KidsRights foundation, was held online this year due to the ongoing coronavirus pandemic.

His mobile app is called "Cyber Teens" and puts children in contact with a team of youngsters, termed as Narail Volunteers. Rahman, too, is a part of this team of volunteers. This team then gets in contact with the local police officers and social workers and helps the victims out of situations of cyberbullying.

The app also has a section of helpful tips and hints about different kinds of online behaviour, and tips about how to identify and avoid getting in contact with sexual predators of the internet.

As of now, the app has been downloaded around 1,800 times and the volume been successful in resolving nearly 60 complaints of youngsters so far. On the basis of these complaints, eight criminals have also been arrested by the local police officials. The complaints received had adults sending inappropriate messages and pornographic content to children

“The idea started after a 15-year-old girl committed suicide because of online bullying,” Rahman said. “I decided that teenagers needed help and that we should take action to try to avoid other children facing the same tragedy.”

The other two finalists for the award were a Mexican girl Ivanna Ortega Serret, 12, who fought water pollution, and Irish 18-year-old Siena Castellon, who created a website to help pupils with autism and severe learning disabilities.

Rahman has received prize money of 100,000 euro ($118,000) which he plans to use for investment for projects, and further develop the app across Bangladesh “and hopefully to serve as a model for the rest of the world.”