Bangladesh to negotiate Loss and Damage finance at COP22 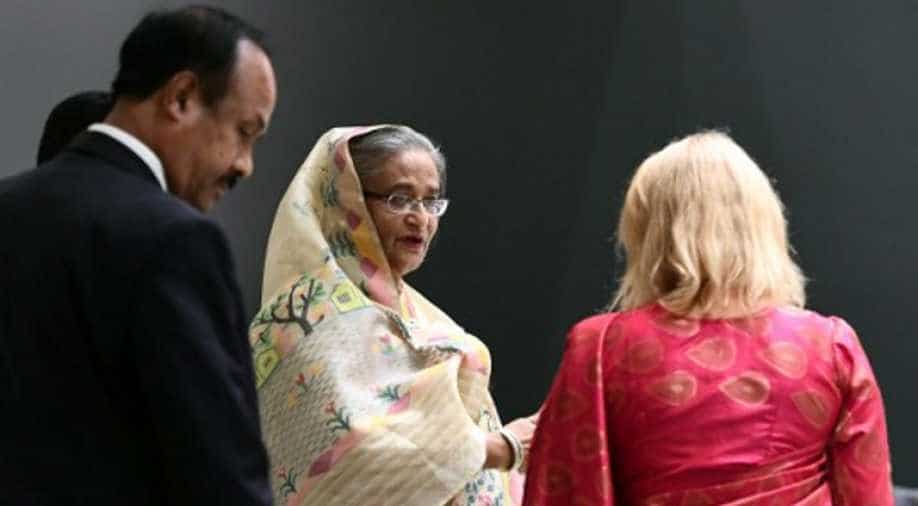 A top Bangladeshi delegation led by Prime Minister Shiekh Hasina is expected to highlight the initiatives undertaken to tackle climate change at the COP22 in Morocco. Photograph:( AFP )

A top delegation of Bangladesh led by Prime Minister Shiekh Hasina has flown to Marrakech in Morocco today to participate in the high level segments of the 22nd Conference of Parties.

Thirty-seven heads of states are expected to attend this year’s COP22, which is deemed significant for the execution of the landmark Paris Agreement signed last year.

Bangladesh is part of the Least Developed Countries and as such is arguing for Loss and Damage finance to be agreed, Saleemul Huq, senior fellow at the International Institute of Environment and Development in London told WION. The member states are pushing for negotiations on the topic till the actual filing of the report.

On Suday, Bangladesh’s foreign minister Abul Hassan Mahmood Ali told reporters that Dhaka would highlight "the initiatives and measures undertaken by the government in tackling the menaces of climate change."

The COP22 is deemed a major event as the industrialised countries, including the United States and Russia, had failed to come to a consensus until the Paris Agreement. The member states refused to oblige to the targets stipulated at the Kyoto Protocol in 1997 to mitigate greenhouse gas emissions by five per cent.

Last year in Paris however, all member states including the United States appeared to be happy with the outcome.

"There is a new concept that Paris has brought, which is called INDC, Intended Nationally Determined Contribution. This means rather than anybody telling another country how they should reduce their carbon or greenhouse gas, each country say this is what I am going to do," said Atiq Rahman, renowned Bangladeshi climate scientist and executive director of Bangladesh Centre for Advanced Studies.

"Bangladesh has already achieved that, we said we are going to reduce 5 per cent of our total greenhouse gas [by 2030], but if you can give us the finance we can reduce up to 15 per cent,” he told WION.

The INDC issued by Bangladesh’s ministry of environment and forests states: "An unconditional contribution to reduce GHG emissions by 5 per cent from Business as Usual (BAU) levels by 2030 in the power, transport and industry sectors, based on existing resources.

Among its contributions Bangladesh also states: "A conditional 15 per cent reduction in GHG emissions from BAU levels by 2030 in the power, transport, and industry sectors, subject to appropriate international support in the form of finance, investment, technology development and transfer, and capacity building."

The Green Climate Fund of the United Nations Framework Convention on Climate Change has raised $10.4 billion of which it has received 27 projects worth $1.2 billion. One of the projects worth $80 million belongs to Bangladesh.

The Paris Agreement is significant, as it will establish the rules of the game. "Various committees will be formed. They will be working in tandem to decide how to do best mitigation," said Rahman.

"Lastly the best technology would have to be used by all so that we don’t have to produce as much greenhouse gas. So all those will have to be taken on board and this is what's going to happen step by step starting in Marrakech,” Rahman told WION.

Experts tell WION that mitigation from the most polluting industrialised countries can reduce the burden of adaptation for developing countries like Bangladesh and make the world more sustainable.

They have also expressed concerns about the future of the Agreement in light of the remarks made by the US President-elect Donald Trump, who said that he finds climate change to a hoax perpetrated by China to take down the US manufacturing industries and threatened to quit the Paris Agreement.

A source who works with Trump's transition team for international energy and climate policy told Reuters on Tuesday, "It was reckless for the Paris Agreement to enter into force before the election." Reuters has reported that Trump is seeking quick ways to withdraw the United States from a global accord to combat climate change.