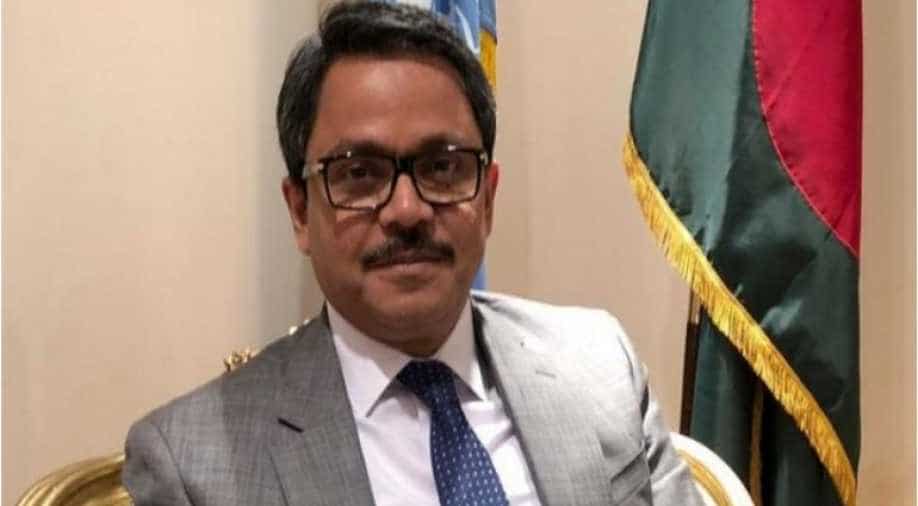 Diplomatic sources had said that Bangladesh Deputy Foreign Minister Shahriar Alam will not take part in the Raisina Dialogue 2020 slated to be held from January 14 to 16 in New Delhi.

Bangladesh on Saturday rebuffed the "misleading" reports regarding the cancellation of the visit of State Minister for Foreign Affairs Shariar Alam to participate in the Raisina Dialogue to be held here.

Bangladesh's Ministry of Foreign Affairs in a statement said: "We have noticed few misleading news items published in different media regarding the supposed visit of State Minister for Foreign Affairs to participate in Raisina Dialogue in New Delhi organised by Overseas Research Foundation (ORF)."

The Ministry further clarified that Alam's visit coincides with his visit to the UAE to accompany the Prime Minister of Bangladesh.

"Ministry would like to convey that State Minister Shahriar Alam was invited as a speaker in Raisina Dialogue, which coincides with his visit to UAE to accompany the Prime Minister of Bangladesh. As such State Minister Alam could not avail the participation," it stated.

Bangladeshi Foreign Ministry stated that a regret letter, in this regard, has already been sent to the ORF.

"It may be noted that there was no bilateral engagement scheduled during the visit. The inability of his participation has no other connection," it said.

Earlier in the day, diplomatic sources had said that Bangladesh Deputy Foreign Minister Shahriar Alam will not take part in the Raisina Dialogue 2020 slated to be held from January 14 to 16 in New Delhi.

Sources had said that Alam cancelled his participation in the conference as he would be accompanying Bangladeshi Prime Minister Sheikh Hasina on her visit to Abu Dhabi.
The Raisina Dialogue is India's annual flagship platform on the geo-politics and geo-economics. The conference is hosted by the Observer Research Foundation (ORF) in collaboration with the Ministry of External Affairs.

Alam is the third Bangladesh leader from Dhaka in recent weeks to cancel a visit to India. Earlier, Bangladesh Foreign Minister A K Abdul Momen and Home Minister Asaduzzaman Khan had cancelled their scheduled visits to India.

After Momen cancelled his visit, the MEA had said that any speculation that the development was connected with the passage of Citizenship Amendment Bill was "unwarranted."