As Taliban put up posters of ex-leaders, a terror threat looms over Kabul on anniversary of 9/11 attack 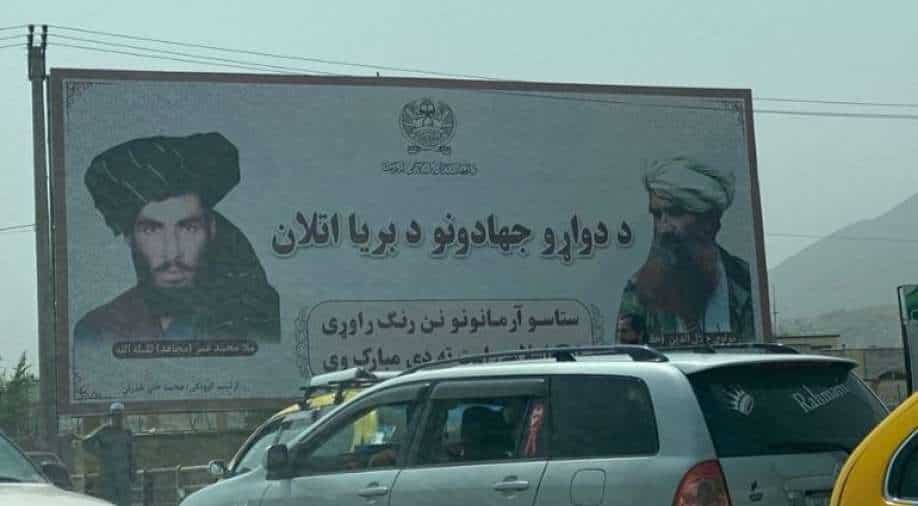 On the 20th anniversary of the 9/11 attack and a few days after Taliban took control of Afghanistan, the city faces danger of a possible attack from ISIS-K militants

Afghanistan’s capital city, Kabul, has been put on high alert today as the threat of a possible terror attack looms over the city.

On the 20th anniversary of the 9/11 attack and a few days after Taliban took control of Afghanistan, the city faces danger of a possible attack from ISIS-K militants.

This threat has come a little after sources had warned authorities against a possible truck suicide attack in a protest that took place on Thursday.

An attack can take place in some crowded place by ISIS-K on the anniversary of the 9/11 attack.

Meanwhile, posters of Mullah Omar and Jalaluddin Haqqani have started popping up across Kabul now, a little after the new government was announced by Taliban.

Jalaluddin Haqqani was the founder of the Haqqani network who died in 2018 in his home country, Afghanistan due to an unspecified terminal illness.

Mohammed Omar, also known as Mullah Omar, was the mastermind behind the establishment of Islamic Emirate of Afghanistan in 1996 and was a commander of the Taliban. He died in 2013 but was declared dead in 2015. Sources had claimed he died of tuberculosis.

This threat has come at a time when Taliban are gearing up to resume international flights through Kabul International Airport, days after the US withdrew its troops from the country. Taliban have also been trying to re-establish order and revive the country’s economy.

Meanwhile, in the US, Joe Biden sent out a message of unity on the eve of 9/11 attacks.