Arson attacks and raids: Myanmar military has destroyed over 4,500 homes since coup 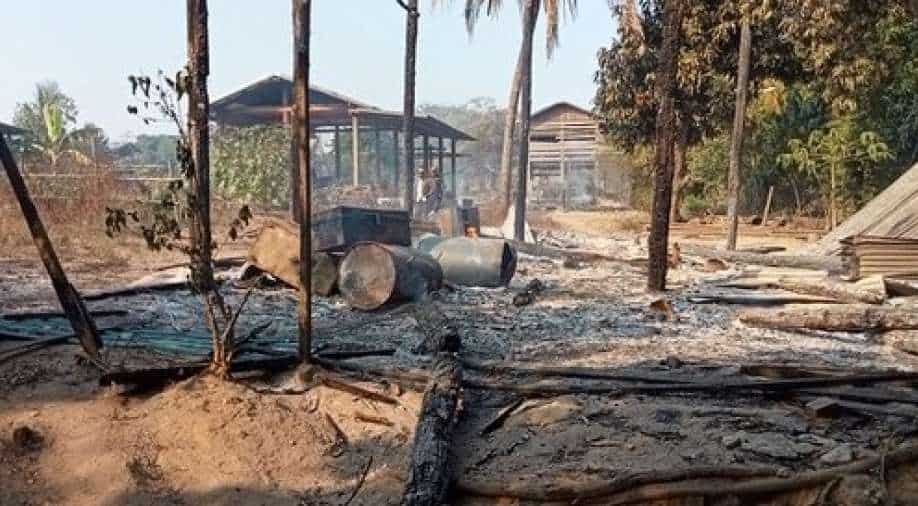 Since the February 2021 coup in Myanmar, the country's military has destroyed at least 4,571 civilian homes. More than half of these were in the country’s Sagaing region. As per a report by a research group, the military set 2,567 homes on fire in Sagaing, 976 in Chin state, 626 in Magway region, 310 in Kayah state.

Dozens of other homes were set on fire in the Mandalay region, southern Shan state, Tanintharyi region, Bago region and Kayin state.

A 35-year old man from Magway's Gangaw township spoke on the condition of anonymity. He said, "When I returned home (from fleeing the military raid), the house was gone. It had been turned to ashes. I lost around 50 million kyats ($28,100) and all of my food supplies are gone. I am living in a small shed nearby and for meals I must eat food donated for refugees.”

He further revealed that the military has carried out arson attacks in Hnan Khar village at least five times. This has left many residents homeless.

Another woman from Sagaing’s Pale township also spoke on the condition of anonymity said that she lost everything she owned when her home was burned down.

In a report by VOA News, she said, “We were hiding in the woods (when the soldiers came). The house was burned down around 1 am and I discovered that it was gone the next morning."

“I am grieving over our losses, but I don’t want to be lost in despair. I try to encourage myself and others to remain active. We heard homes in other villages were burned down, so we knew this could happen to us one day.”

Since the February 1 coup, the country has been rocked by nationwide protests. According to local monitoring groups, more than 1,100 people have been killed by security forces since the beginning of the coup.