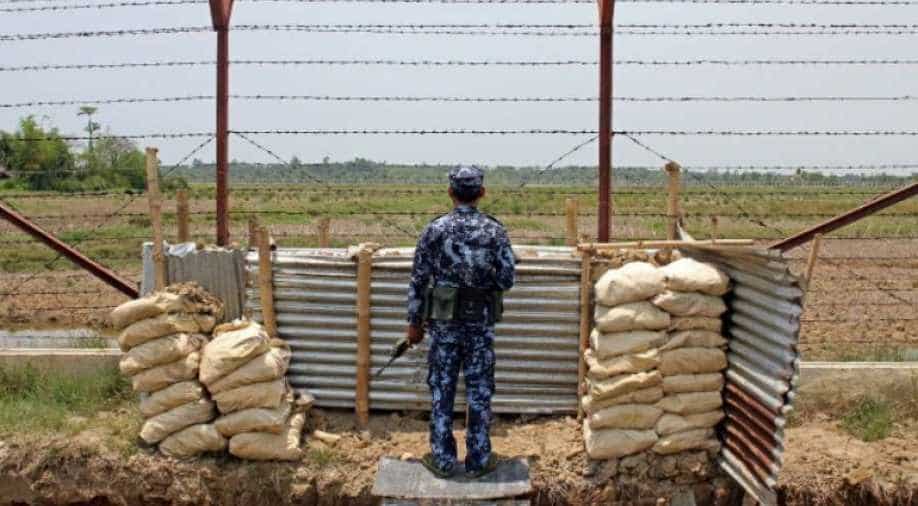 At least 5,200 people, according to the United Nations, have been displaced by the fighting after the army launched the operation to annihilate insurgents, described as terrorists by the government.

The security forces in Myanmar have bombed villages and are blocking civilians from accessing food and humanitarian assistance amid a crackdown targeting rebels in the troubled Rakhine State, the Amnesty International said on Monday.

The nonprofit in its latest report citing villagers and local activists said soldiers were also using vague and repressive laws to detain civilians as part of the offensive that began on January 4 when Arakan Army guerrillas raided police stations and killed 13 policemen.

At least 5,200 people, according to the United Nations, have been displaced by the fighting after the army launched the operation to annihilate insurgents, described as terrorists by the government.

"These latest operations are yet another reminder that the Myanmar military operates without any regard for human rights. Shelling inhabited villages and withholding food supplies are unjustifiable under any circumstances," said Tirana Hassan, Director of Crisis Response at Amnesty International.

Hassan accused the Myanmar authorities of "deliberately playing with the lives and livelihoods of civilians".

"As we've seen time and again, the military's priority is not to protect people in the crossfire, but rather to hide their abuses from the international community."

Amnesty reported said that artillery or mortar shells have forced people out of their homes and they return to find their properties looted and damaged.

Authorities have established restrictions on the entry of humanitarian aid from international agencies, except the Red Cross and the UN's World Food Program, to five districts where clashes are ongoing, according to the rights group.

A witness told Amnesty that the army was also imposing restrictions on the purchase and sale of commodities such as rice leading to a lack of supply in some areas.

Citing local activists and media reports, Amnesty said the army was also making arbitrary arrests and at least 26 people have been arrested for violating the law of illegal association with the Arakan Army, a crime punishable by harsh prison sentences.

The Arakan Army, formed in 2009 to achieve greater autonomy for the Buddhist minority Rakhine, is one of the various rebel groups that have taken up arms in the complex web of conflicts plaguing the country.

Rakhine is home to the Rohingyas, a Muslim-majority community, who have been denied citizenship as the government calls them illegal Bangladeshi immigrants.

More than 723,000 Rohingyas have fled to Bangladesh since August 2017 following an army offensive, which the UN described as an ethnic cleansing and intentional genocide.

The army has denied the accusations and insisted that the operation was in response to an attack by the Arakan Rohingya Salvation Army, a guerrilla group, targeting some 30 police posts on August 25, 2017.

Rakhine, which occupies a long coastal strip in western Myanmar, is an area with rich natural resources and a key geostrategic location, but with also one of the highest rates of poverty in the country.