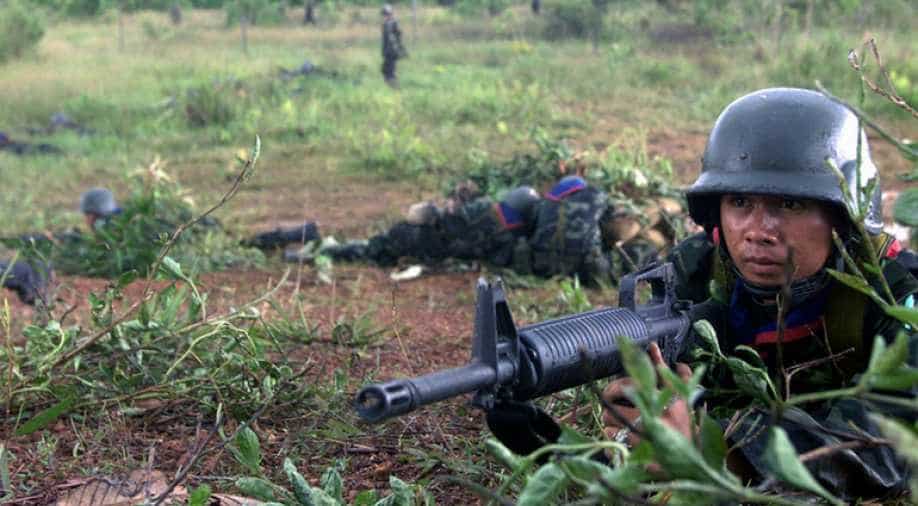 Many of the battles are taking place in the same region from which more than 720,000 Rohingya Muslims fled to Bangladesh after August 2017 when the army launched a crackdown the UN deemed ethnic cleansing.

The AA are a more formidable force than the fighters claiming to represent the Rohingya and have inflicted historically higher death tolls on the military.

On January 4, also Myanmar's independence day, the AA launched pre-dawn raids that killed 13 police officers and wounded nine before the army stepped in, setting off violence that has displaced thousands.

But the army hit back, killing the same number of AA rebels in total in operations from January 5-16.

"We got 13 dead bodies of enemies and seized three weapons," Major General Tun Tun Nyi said in a rare press conference in the capital Naypyidaw.

"Some officers and soldiers from our side were killed," he added, without releasing the figures.

The army called a temporary ceasefire against different insurgents in northern Myanmar last month but Rakhine state was excluded from the move because of the AA and the Rohingya militant group, which is called the Arakan Rohingya Salvation Army (ARSA).

The troubled state is a complex patchwork of Rakhine, Rohingya, and other ethnic minorities that intercommunal violence has largely driven apart.

Most of the Rohingya in the northern part of the state have been pushed into Bangladesh, where they refuse to return to Myanmar without guarantees of safety and citizenship.

The United Nations has called for Myanmar's top generals to be investigated for genocide as a result of the operations but they reject the accusation.

The fighting with AA rebels complicates an already fraught repatriation process for the Rohingya.

Brigadier General Zaw Min Tun blamed the AA insurgents for the police post attacks earlier this month and accused them of "stabbing from the back".