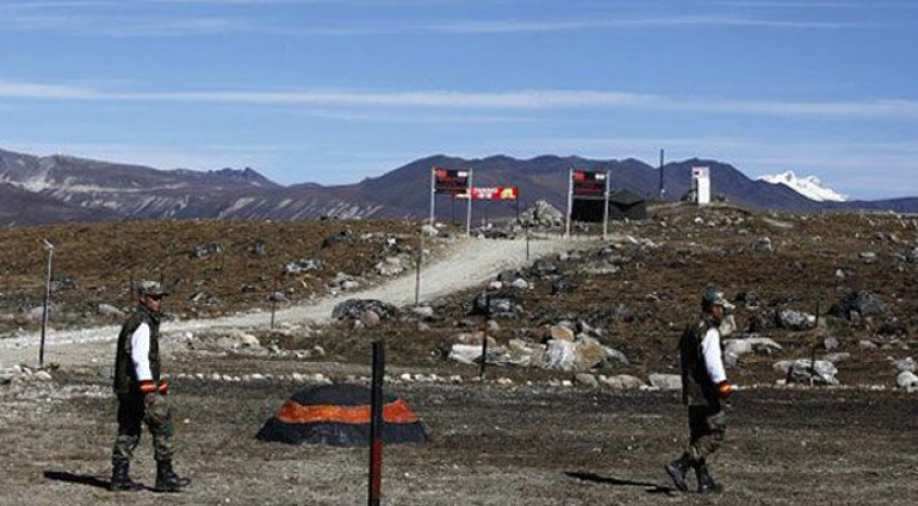 Doklam, Zhoglam is a narrow plateau lying in the tri-junction region of Bhutan, China and India. Photograph:( Zee News Network )

Bhutan has protested to China constructing a road in the disputed territory of Doklam, even as the stand-off between Beijing and the Indian government continued on Thursday.

The Himalayan kingdom said the construction of a road inside Bhutanese territory was a "direct violation of agreements and affects the process of demarcating the boundary between our two countries."

"Bhutan hopes that the status quo in the Doklam area will be maintained as before June 16, 2017."

India's army chief, General Bipin Rawat, travelled to Sikkim on Thursday, just days after Beijing accused Indian border guards of crossing into its territory to stop the construction of the road.

"I have to correct when you say Chinese personnel entered Bhutan's territory. Chinese troops operated on Chinese territory," a Chinese defence ministry spokesman told the press.'

"They tried to stop the normal activities. The Chinese carried out appropriate responses to these activities to safeguard sovereignty and territorial integrity," the spokesman said.

"We have made it clear to the Indian side to correct their wrong doing and withdraw all personnel from Chinese territory," he said.

Bhutan yesterday said it had issued a demarche to China over the construction of a road towards its Army camp in Doklam's Zomplri area and asked Beijing to restore status quo by stopping the work
immediately.

"We have issued a demarche to China through its diplomatic mission here. Recently, the Chinese army (People's Liberation Army) started construction of a road towards Bhutanese Army camp at Zomphlri in Doklam area which is in violation of an agreement between the two countries," Ambassador of Bhutan to India Vetsop Namgyel had said in New Delhi.

The PLA is constructing a road from the strategically located Chumbi Valley to Dolam, close to the Sikkim border.

On Wednesday, China justified construction of the road in the Sikkim sector as "legitimate", alleging that India had no right to interfere since the road was being built in Donglang, calling it an "indisputable" part of Chinese territory.

China claimed India was objecting to its efforts to build the road on behalf of Bhutan and that neither of the two countries had the right to interfere.

China also bulldozed an old bunker of the Indian Army located at the tri-junction of India, China and Bhutan in Sikkim after India refused to accede to its request, official sources said.

Top government sources told Zee Media that trouble between the two sides started on May 18-19 when a Chinese patrol came to the Doka La area and objected to the two bunkers built by the Indian Army there. When Indian troops stood their ground, the Chinese soldiers increased their troops from a dozen to 150-200.

Indian and Chinese army troops are sitting opposite each other separated by merely four to five meters in Doka La, the Zee News report added.

'Go back China' protests in front of Chinese embassy in Kathmandu