Afghanistan: ISIS claim responsibility for Kabul blasts that killed dozens, including 13 US soldiers 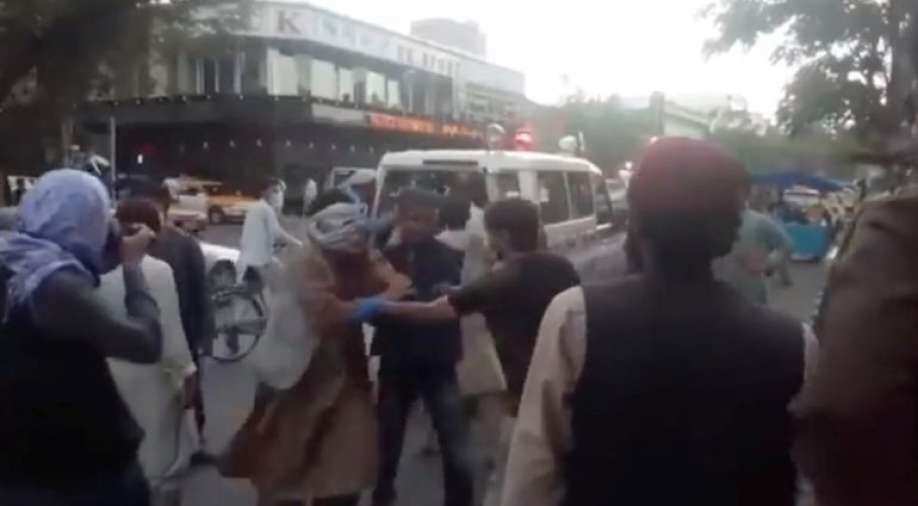 US President Joe Biden condemned the suicide attacks and promised that the United States would hunt down those responsible for the explosions.

The Islamic State group claimed responsibility for the deadly bomb blasts at the Kabul airport in Afghanistan on Thursday (August 26) as reported by AFP. The suicide attacks killed more than 60 people including, 13 US soldiers as told by Afghan and US officials.

The US Defense Department said that the number of American troops killed in the suicide bomb blasts at Kabul airport rose by one to 13 as earlier, there were reports that 12 US soldiers have lost their lives.

"A thirteenth US service member has died from his wounds suffered as a result of the attack on Abbey Gate," Central Command spokesman Captain Bill Urban said in a statement.

ALSO READ | ISIS- Khorasan: What you should know

Reports and eyewitnesses have claimed that suicide bombers and gunmen attacked people outside Kabul airport, who were desperate to flee Afghanistan — a country now ruled by the Taliban.

In a tragic turn of events, the blasts on Thursday transformed the already tensed scenes at Kabul airport into complete chaos and horror as several videos and photos, allegedly from Kabul airport, surfaced on social media that displayed devastating scenes.

As per reports, some Western officials had warned of a major attack hours before the suicide bomb blasts took place and people were urged to leave the airport area but those who were desperate to leave the country stayed.

The airport blasts came as the August 31 deadline looms for the United States to withdraw its troops, and for it and other Western countries to end a massive airlift that has already evacuated nearly 100,000 people.

Islamic State Khorasan (ISIS-K), an affiliate of militants who previously battled US forces in Syria and Iraq, claimed responsibility for the attack.

US President Joe Biden condemned the suicide attacks and promised that the United States would hunt down those responsible for the explosions.

Biden promised US evacuations would continue as he did not indicate of a change in next Tuesday's US pullout target.

Watch as I deliver remarks on the terror attack at Hamid Karzai International Airport, and the U.S. service members and Afghan victims killed and wounded. https://t.co/NBv02m3Bpm

The American service members who gave their lives were heroes. Heroes who have been engaged in a dangerous, selfless mission to save the lives of others. We have a continuing obligation — a sacred obligation — to their families that will last forever.

"I have also ordered my commanders to develop operational plans to strike ISIS-K assets, leadership and facilities. We will respond with force and precision at our time, at the place we choose and the moment of our choosing," Biden said.

Biden appeared to be fighting back tears and his voice cracked with emotion as he talked about the American "heroes" who died. "It's been a tough day," he said.