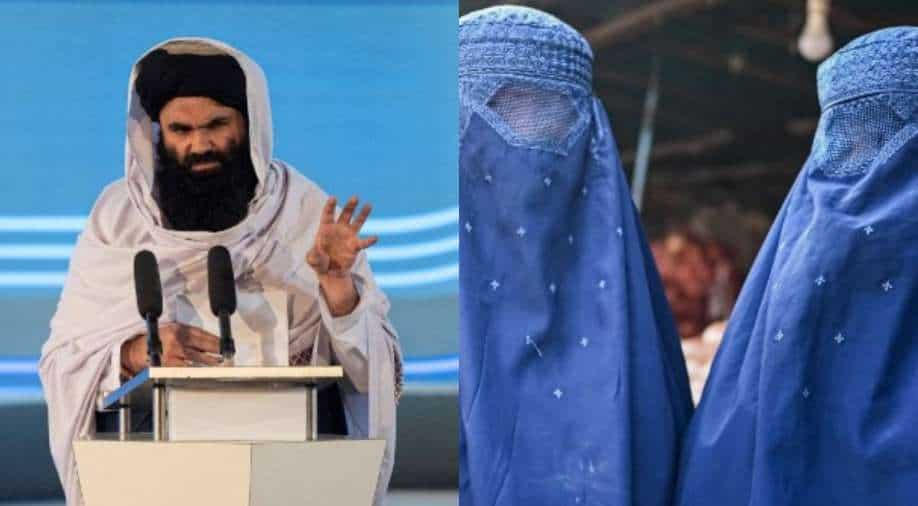 Since August, a number of Diktats have been issued against women. Among these are banning them from travelling alone, preventing them from appearing on television, and forcing them to cover their faces when they are in public. Photograph:( Others )

Since the Taliban retook control of Afghanistan in August 2021, the group has made numerous promises regarding women's rights in the country.

However the group has failed to keep its promises, instead, the group has issued diktats curbing the rights of Afghan women and girls.

Now, in an interview with CNN, senior Taliban official, Sirajuddin Haqqani who is also Afghanistan's acting interior minister and Taliban co-deputy leader has reiterated the group's unfulfilled promise to allow girls back into high schools.

The Afghan rulers postponed girls' return to high school indefinitely in March in spite of their many promises.

Without specifying a timeframe the Taliban leader said that work is ongoing to set a mechanism for allowing girls an education above 6th grade.

In his words, "very soon, you will hear good news about this issue, God willing".

According to an AFP report, Haqqani implied that the "mechanism" was tied to school dress standards, adding that education should be based on Afghan "culture" and "Islamic rules and principles," and referred "more broadly" to the issue of women wearing the hijab.

During the interview, CNN anchor Christiane Amanpour questioned Haqqani about the reports of women being afraid to leave their homes, to which the Taliban leader said laughing, "we keep naughty women at home."

Upon further questioning, he clarified that the comment was a joke and he was referring to women controlled by "other sides to bring the current government into question".

As is the norm with the group, Haqqani said that parameters will be set for women as per the Taliban's interpretation of Islamic law and national, cultural, and traditional principles.

Since August, a number of Diktats have been issued against women. Among these are banning them from travelling alone, preventing them from appearing on television, and forcing them to cover their faces when they are in public.

Going back on its word, the Taliban had in March of this year, shut down secondary schools for females the very day they were opened, a move that had invoked criticism from the world over.