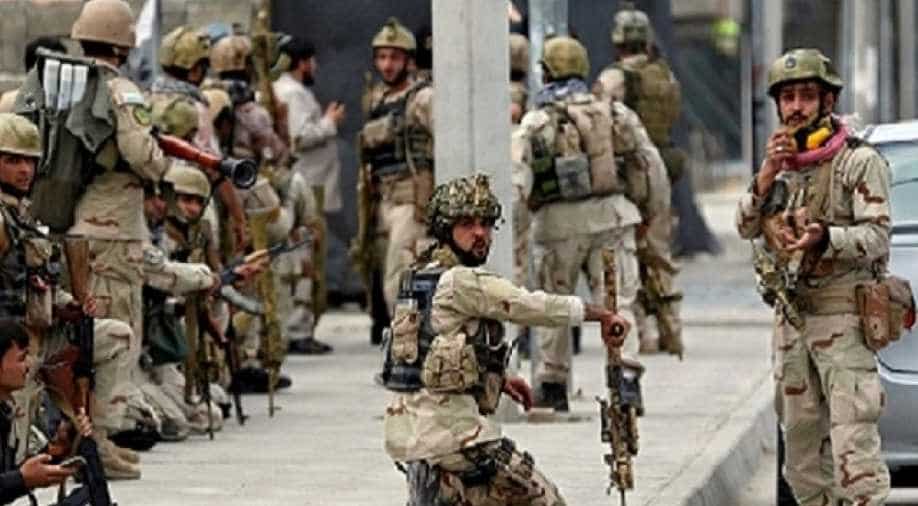 The death toll is especially alarming because the level of violence subsides during the harsh winter months. Photograph:( Reuters )

More than 800 Afghan troops have died and a further 1,300 injured between January 1 and February 24||Death toll alarming as violence traditionally subsides during winter ||Report compiled by US watchdog SIGAR||

The death toll among Afghan security forces has remained "shockingly high" this year, a United States-based watchdog said, as the US ponders about its future course of action in the war-stricken country.

The number is especially alarming because the level of violence subsides during the harsh winter months. Traditionally, the Taliban and other insurgency groups renew their attacks as spring approaches.

"Afghanistan remains in the grip of a deadly war," the SIGAR report said.

"Casualties suffered by the Afghan National Defense and Security Forces (ANDSF) in the fight against the Taliban and other insurgents continue to be shockingly high," said SIGAR, which was set up to review the effectiveness of US support programmes.

The data were obtained from the US military and were based on operational reporting and may differ from official statistics provided by the Afghan government and ministries.

There has been little let-up in violence targeting Afghan forces since the period covered in the report.

On April 21 an attack by militants on an army base in the northern city of Mazar-i-Sharif killed 135 soldiers, according to official figures, and twice that number by other accounts.

It is important to note that the Afghan security forces took over security operations from NATO in 2015.

In a report released in February, SIGAR said at least 6,785 Afghan soldiers and police had been killed in the first 10 months of 2016. Civilian casualties last year totalled 3,498 killed and 7,920 wounded, making it the deadliest year on record for civilians.

From January to March this year, 715 civilians were killed and 1,466 wounded.

The figures come as the US weighs its future strategy for Afghanistan, where it has already spent more than $115 billion in reconstruction efforts.

On the upside, the Afghan security forces have increased their sphere of influence in the country.

They now control 59.7 per cent of the country, up from 57.2 per cent, Al Jazeera reported.