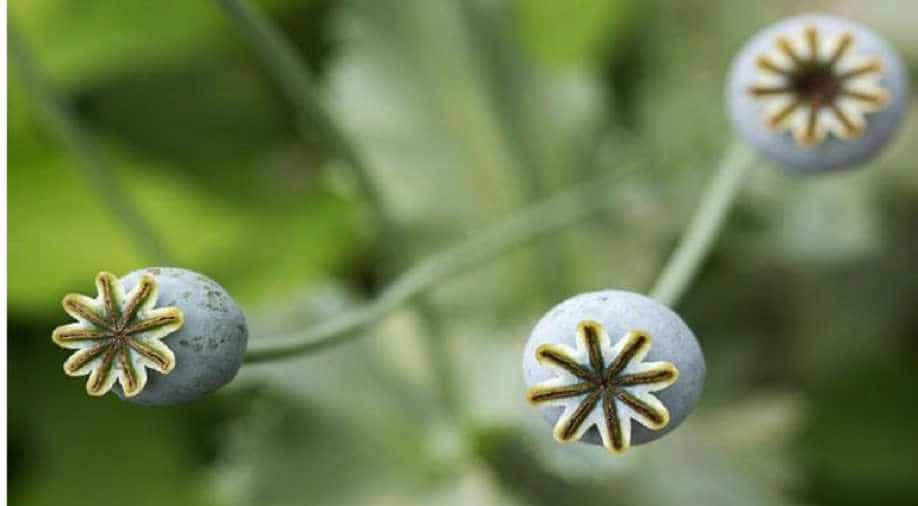 In sharp contrast to a bumper 2017, the value of opium -- a key source of funding for the Taliban -- as it left poppy-growing farms fell 56 per cent to $604 million, the UN Office on Drugs and Crime said.

Afghan opium producers were hit hard by the worst drought in living memory this year and excessive supply, with output and prices falling sharply as the area under poppy cultivation shrank, an annual survey said Monday.

In sharp contrast to a bumper 2017, the value of opium -- a key source of funding for the Taliban -- as it left poppy-growing farms fell 56 per cent to $604 million, the UN Office on Drugs and Crime said.

Potential opium production from this year's harvest dropped 29 per cent to 6,400 tons -- partially reversing last year's 87 per cent increase -- as cultivation shrank by 20 per cent and yields fell.

The sharp drop in area under cultivation to 263,000 hectares (650,000 acres) was still the second-highest level since systemic opium poppy monitoring began in 1994, according to the Afghanistan Opium Survey, jointly compiled by the UNODC and the Afghan counter-narcotics ministry.

Crops failed on a "major scale" across northern and western Afghanistan due to the dry spell, the report said. Nearly 70 per cent of poppy cultivation was in the militant stronghold of southern Afghanistan.

The Taliban has long profited from poppies by taxing farmers and traffickers, and running their own drug-making factories that turn raw opium into morphine or heroin for export.

Despite falling prices, which the report said was due to the high level of supply in the market, the lack of alternative cash crops has left many Afghan farmers hooked on growing opium poppies.

"Opium poppy has become a crucial component of the Afghan economy that secures the livelihoods of many Afghans who engage in cultivation, work on poppy fields or partake in the illicit drug trade," the report said.

Opium poppy weeding and harvesting alone provided up to 354,000 full-time jobs in 2017 in rural areas, it added.

Agricultural advances, including the use of solar-powered irrigation systems, fertilisers and pesticides, also may have made opium production viable even "under unfavourable natural conditions and falling prices".

Afghan-led efforts to eradicate opium poppies failed to make much of a dent in the illicit industry, with only 406 hectares cleared in four provinces, compared with 750 hectares in 14 provinces last year. Only 10 of Afghanistan's 34 provinces are considered poppy-free, unchanged from 2017.

International donors have spent billions of dollars on counter-narcotics efforts in Afghanistan over the past decade, including efforts to encourage farmers to switch to other cash crops such as saffron. But those efforts have shown little results.

Addiction levels have also risen sharply -- from almost nothing under the 1996-2001 Taliban regime -- giving rise to a new generation of addicts since the 2001 US-led invasion of Afghanistan.