Afghan military pilots, on the run, feel abandoned by US 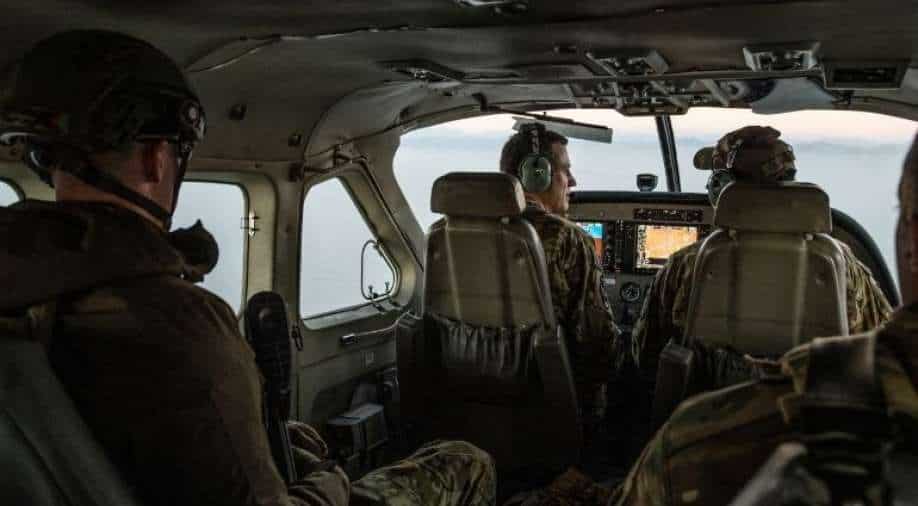 Several thousand other Afghan air force pilots and crew members are in hiding in Afghanistan, feeling abandoned by the US military, their longtime combat ally

As Kabul was falling to the Taliban in August, the young Afghan air force pilot flew his PC-12 turboprop from Afghanistan to neighbouring Tajikistan to escape. Like other Afghan officers who fled in dozens of military aircraft to Tajikistan and Uzbekistan, the pilot had faith that his American military partners would rescue him.

“We believed in the US military and government — that they would help us and get us out of this situation,” said the pilot, a lieutenant, who, like other pilots in this article, spoke on the condition of anonymity because of security concerns.

The lieutenant is among 143 Afghan pilots and crew members now detained by Tajik authorities. They are English speakers trained by the US Air Force, and they are counting on the US government or military to evacuate them and also to help evacuate their families back home in Afghanistan.

Several thousand other Afghan air force pilots and crew members are in hiding in Afghanistan, feeling abandoned by the US military, their longtime combat ally. They say they and their families are at risk of being hunted down and killed by the Taliban.

“I stood shoulder to shoulder with my American allies for five years — but now they have forgotten us,” an Afghan air force captain who piloted C-208 airplanes said by phone from a safe house in Kabul.

Several other pilots who spoke by phone from Afghanistan said they had heard nothing from the US government. But they said they were being assisted by their former military advisers, many of them volunteers in a group called Operation Sacred Promise, formed to help get Afghan air force personnel to safety.

Brig. Gen. David Hicks, a retired Air Force officer who is CEO of Operation Sacred Promise, said the group, formed in August, had received desperate messages from stranded pilots asking whether the US government had a plan to get them to safety.

“We found out that there was no plan by the US to do anything to get these folks out,” said Hicks, who once commanded the US-led air force training mission in Afghanistan.

He said: “The US has spent millions and millions on these highly educated and highly motivated individuals. Based on what they did fighting the Taliban, we think they deserve priority.”

A State Department spokesperson offered no timeline on relocating Afghan pilots but said Sunday, “We are in regular communication with the government of Tajikistan, and part of those communications includes coordination in response to Afghan air force pilots.”

The spokesperson said, “The United States verified the identities of approximately 150 Afghans after gaining access to the last group in mid-October.”

The United States spent $89 billion training and equipping Afghan defense and security forces, including the Afghan air force and its elite Special Mission Wing. Many of the pilots were trained in the United States.

Some pilots and crew members and their families were evacuated with the help of the US government and military just after the Taliban takeover. But many more were unable to get out, despite attempts by their former advisers to help them.

Since mid-August, Hicks said, Operation Sacred Promise has helped evacuate about 350 Afghans. The group has vetted about 2,000 Afghan air force personnel and their relatives trying to leave the country, with about 8,000 more still to be vetted, he said.

In September, a group of Afghan pilots and crew members was evacuated from Uzbekistan with the help of the US government and Operation Sacred Promise after being detained by Uzbek authorities.

But another group of 143 Afghan air force personnel remains in detention at a sanitarium near the Tajik capital, Dushanbe. They said they were growing increasingly desperate, even though US Embassy officials in Dushanbe had recently arrived to record their biometric data as part of an effort to evacuate them.

“The morale among our colleagues here is very low,” said an Afghan air force major who flew a C-208 military plane to Tajikistan. “We are in an unknown situation, and we don’t know what will happen next to us.”

The major and several other pilots spoke on WhatsApp audio messages recorded on smuggled cellphones hidden from guards. They said they were not allowed to leave the facility, where most cellphones had been confiscated. They survive on meager food rations and receive only basic medical care, they said.

Many have not been in touch with their families in Afghanistan, some of whom do not know whether they are still alive, they said.

“We feel abandoned, but we still have hope the US will help us,” said a major who said he had piloted numerous combat missions.

The Tajikistan Embassy in Washington did not immediately respond to email messages requesting comments.

Among those held in Tajikistan is an Afghan pilot who is pregnant and said she needed prenatal care. Her husband, also a pilot, was being held with her.

“We are living like prisoners,” she said in an audio message recorded late last month. “We are fed up. We are getting weak. I’d like to request that the US government expedite our situation here.”

During Afghanistan’s collapse, about 25% of the Afghan air force’s aircraft were flown to Tajikistan and Uzbekistan, according to an Oct. 31 report by the Special Inspector General for Afghanistan Reconstruction. Hicks put the number at 56 to 60 aircraft. (American forces rendered unusable 80 others at the Kabul airport in late August.)

The status of the planes is uncertain. When asked in mid-August what was being done to recover the aircraft, Secretary of Defense Lloyd Austin replied, “We’re focused on the airfield and getting people out safely.”

Speaking from Afghanistan, several Afghan air force pilots described moving from house to house to avoid capture by the Taliban. They said they were running out of money and did not dare look for work because they feared being discovered by Taliban officials.

An Afghan air force major who flew C-208 planes for eight years said the Taliban had confronted his relatives, demanding to know his whereabouts. Taliban fighters searched his home and interrogated his mother, said the major, who had moved with his wife and four children to a series of safe houses.

“It’s very dangerous for us here,” the major said.

Watch | No hope for women athletes in Afghanistan?

He said he had been unable to reach anyone in the US government or military, other than his former US Air Force adviser. “It seems we aren’t so important to them anymore,” he said.

The Taliban have said there is a general amnesty for any Afghan who served in the former government or worked with the US government or military. But several Afghan air force pilots have been killed by the Taliban this year.

“They have no good options,” Hicks said. “They’re at risk of being hunted down and killed.”

A major who piloted C-208 planes and was trained at a US Air Force base in Texas said he turned down a chance to fly to Tajikistan in August because he did not want to leave his family behind. Now he and his wife and their seven children are in hiding, low on money and food.

“Our life gets worse day by day,” the major said. “We can’t stay in one place. We are always hiding — even our relatives don’t know where we are.”

Hicks said he feared the pilots and crew members in Afghanistan would soon run out of money and food, and possibly lose what freedom they have left.

“There’s no place for them to hide inside Afghanistan,” he said. “We have to realize that it’s about to be a very dark winter for these people.”