Afghan crisis: Amid internal conflict and terrorism, locals struggle to get drinking water 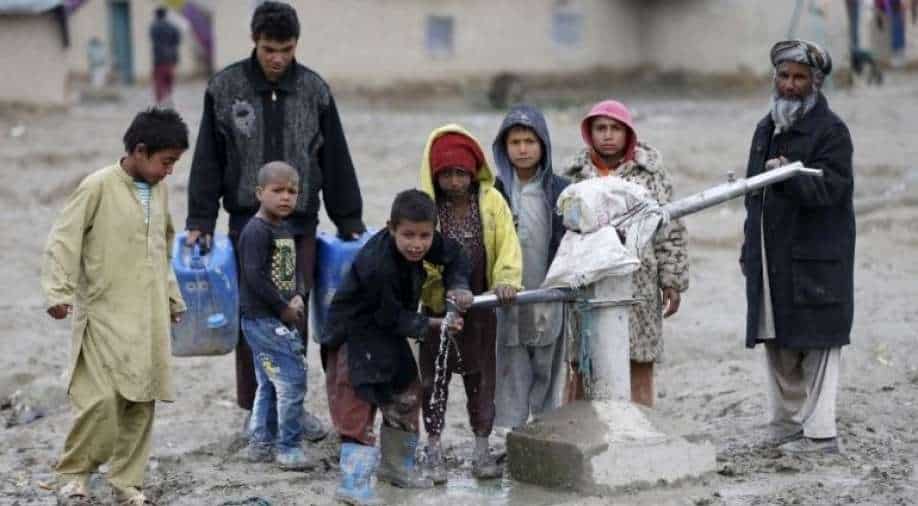 More than 70 per cent of the population in Afghanistan do not have access to basic, clean and safe drinking water, and the water that is available is contaminated

Afghanistan has a relatively favourable water endowment and enjoys a prime upstream location on the rivers it shares with neighboring countries. Its crumbling water sector and severe shortcomings in water resources management leave the country in a horrible state of duress.

In Kabul's Khair Khana area, Jawad, a water tanker driver, complains that compared to the previous times, his business has taken a visible hit.

"I stand here everyday to sell drinkable water. I buy water from quite far and this is my usual spot to sell it to the people who take it to their homes. Compared to the previous government, my business has taken a visible hit," Jawad said. "Just take the example of today, I am yet to get customers, no household has even called me to say they need water. Previously, I used to get my tanker five or six times refilled but now the same car has to be refilled once in two or three days."

He claims that the downfall has been observed due to the crash in economy. "This is because people don't have money; there are no salaries. Banks have a problem and the fuel prices have gone up – 1 liter of petrol now costs 90 AFS. People from the area are forced to buy this water from me because the water they got is not drinkable."

Having access to safe drinking water is a daily struggle for many Afghans, with majority of the population reliant and forced to buy drinking water from these water supply vehicles. Throughout the day, residents can be seen brining in containers to take home the drinkable water. Even the elderly at times are seen carrying water containers and they too complain of the soaring water prices.

"The government allocated water supply comes after every seven or eight days and that too for ten or fifteen minutes. In this area, the water we get from boring or wells is salty and not drinkable. We are forced to buy this drinking water, for which I have to pay 20 AFS per can," said Abdul Samad, a resident of District 11, KhairKhana area of Kabul city. "The water prices have gone up slightly compared to the previous government because in the previous government we used to pay 15 AFS for the container and now we have to pay 20 AFS for one container. This is perhaps because the prices of oil have gone up, so the cost has to be borne by us."

Long-term humanitarian crisis owing to the country's water problems is likely imminent, especially if international donors and aid organisations stop their emergency relief and support due to political reasons or simply due to the dangerous conditions on the ground.

Years of war and instability have hit the Afghan water sector. This has happened despite efforts to rebuild the country, including the water sector over the past 20 years. More than 70 per cent of the population in Afghanistan do not have access to basic, clean and safe drinking water, and the water that is available is contaminated.