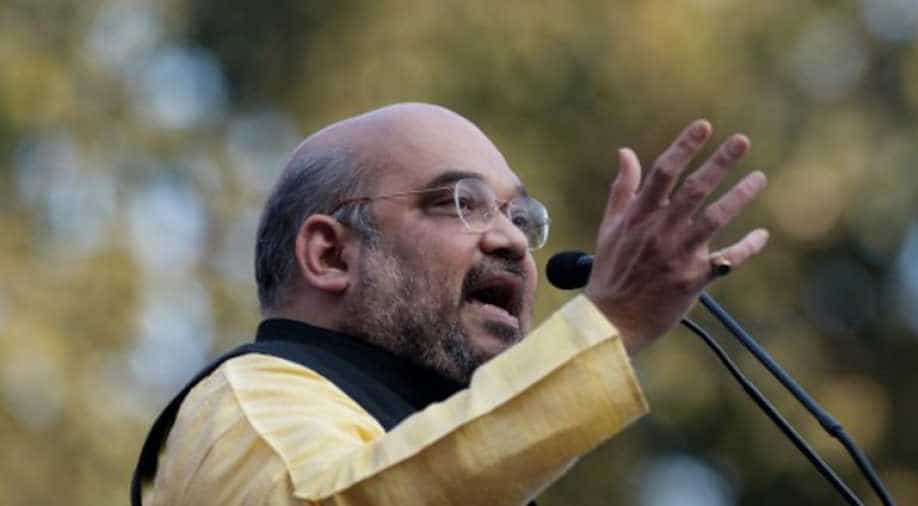 He said that being critical of the country in the name of freedom of expression is unacceptable. "National pride is integral to the democratic process in India and it must be respected." Photograph:( AFP )

Right to expression should not be used as an excuse to criticise the country, Amit Shah, the chief of India's ruling Bharatiya Janata Party (BJP) said at the India Ideas conclave in Goa today.

In an indirect swipe at the main opposition party, Congress, Shah said that "criticising politicians, the Prime Minister and political parties is part of the democratic tradition, but should not be confused with national pride and honour of the country".

He said that being critical of the country in the name of freedom of expression is unacceptable. "National pride is integral to the democratic process in India and it must be respected."

Discussing the nation's development and political dissent under the larger rubric of 'India at 70', Shah claimed that those who came to power after the birth of the nation "took little pride in their heritage" and the aim of equal engagement was soon replaced with the "politics of appeasement".

Despite developing over the years, India has not been able to remove the shackles of dynastic politics, he said. "Barring a couple of parties, inner-party democracy is absent from Indian politics and political families run them like personal empires."

Shah admitted that some good work was done in the past 70 years, but said it did not match up with the potential. "Our leaders failed to resurrect the real identity of India."

He said that a focus on "unity in diversity" instead of "national integration" had a very different outcome than that planned.

Highlighting the work done by the Narendra Modi government, Shah said that the government's defence and foreign affairs policies have aligned for the first time and that had not been the case under the Congress-led government.