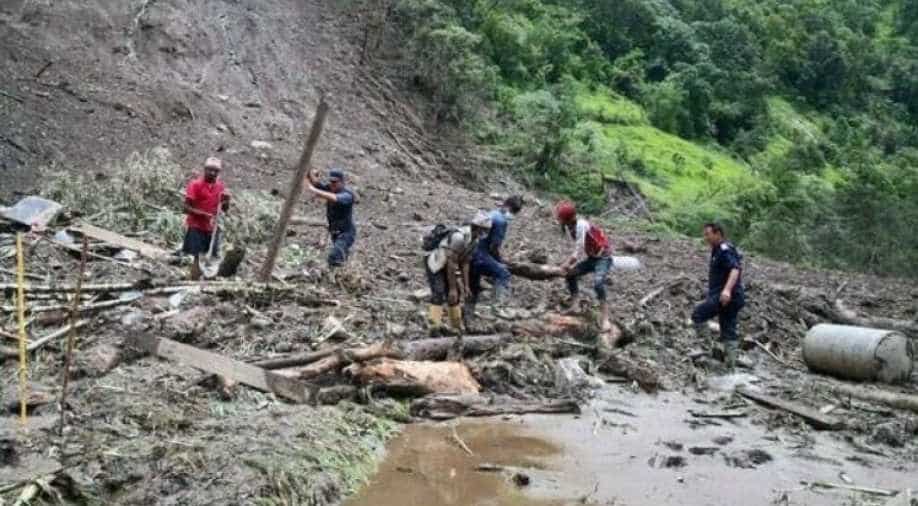 Sixteen bodies were recovered Friday after a landslide tore down a village central Nepal's Sindhupalchok district on Friday, police said, as rescuers dug through mud to find nearly 40 missing.

Speaker of the House of Representatives, Agni Prasad Sapkota, had reached the spot and was inspecting the damages and rescue works.

At least 37 houses have been damaged by the disaster, said local Deputy Superintendent of Police Madhav Prasad Kafle.

"Search and rescue is under way in coordination between the army, police and armed police force," Kafle said.

Helicopters are being used to reach the remote site after the landslide blocked roads.

The Himalayan nation has been badly hit by landslides and floods, with at least 191 people killed and 54 missing since monsoon began mid-June, according to the home ministry.

The number of deadly landslides has increased this year, with experts saying the massive 2015 earthquake and more road construction could be triggering the deadly slips.