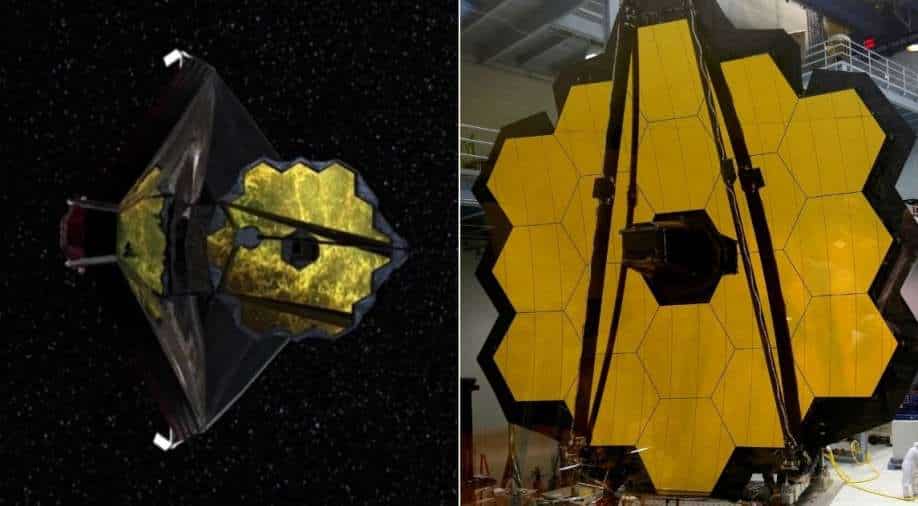 Though we have powerful technology like space telescopes at our disposal, we can't claim to know everything there is in our galaxy. Photograph:( Reuters )

The James Webb Space Telescope meant to 'Unfold the Universe' and give an unprecedented glimpse into the universe has reached its orbital destination around a million miles (1.5 million kilometres) away from planet Earth, NASA informed.

The US space agency further stated that almost a month after the launch, the telescope fired its thrusters to arrive at its designated spot in orbit around the sun.

At around 2:00pm Eastern Time, the telescope fired its onboard thrusters for nearly five minutes (297 seconds) to complete the final postlaunch course correction to its trajectory.

The latest process has inserted Webb toward its final orbit around the second Sun-Earth Lagrange point, or L2, where it is believed that it will have a wide view of the cosmos.

ALSO READ | Will scientists reveal the secret behind presence of alien life in universe?

🏠 Home, home on Lagrange! We successfully completed our burn to start #NASAWebb on its orbit of the 2nd Lagrange point (L2), about a million miles (1.5 million km) from Earth. It will orbit the Sun, in line with Earth, as it orbits L2. https://t.co/bsIU3vccAj #UnfoldTheUniverse pic.twitter.com/WDhuANEP5h

"Webb, welcome home!" said NASA Administrator Bill Nelson. "Congratulations to the team for all of their hard work ensuring Webb's safe arrival at L2 today. We're one step closer to uncovering the mysteries of the universe. And I can’t wait to see Webb's first new views of the universe this summer!" he added.

NASA informed that now engineers will begin the sophisticated three-month process of aligning the telescope's optics to nearly nanometer precision.

It is expected that it will take months of work to prepare Webb for its astronomical debut.

After Webb's primary mirror segments and secondary mirror have been deployed from their launch positions. The 18 segments of its principal mirror now need to be aligned to achieve the mirror's proper focus, a process that will take three months to complete.

"During the past month, JWST has achieved amazing success and is a tribute to all the folks who spent many years and even decades to ensure mission success," said Bill Ochs, Webb project manager at NASA's Goddard Space Flight Center.

"We are now on the verge of aligning the mirrors, instrument activation and commissioning, and the start of wondrous and astonishing discoveries," he added.